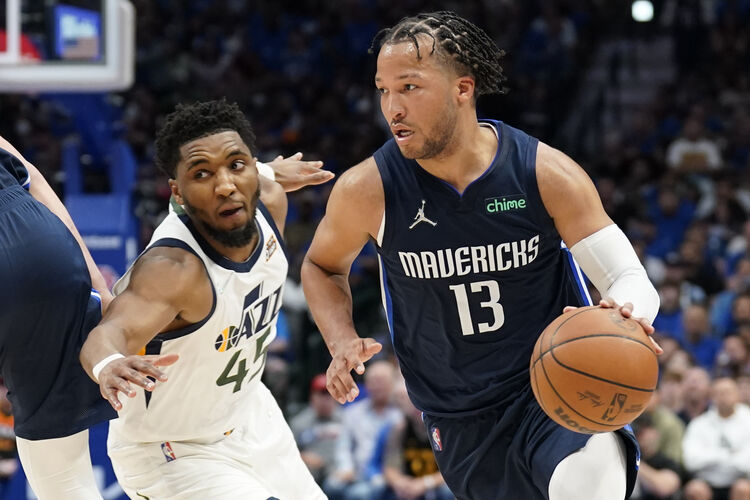 The Dallas Mavericks will be looking to square up the series against the Utah Jazz in Game 2 at the American Airlines Center on Monday night.

The Utah Jazz needed to take advantage of the shorthanded Mavericks while they were shorthanded and they did just that as they won Game 1 by 99-93 on Saturday. Donovan Mitchell led the team with 32 points, six rebounds and six assists, Bojan Bogdanovic added 26 points with five rebounds and four assists while Mike Conley chipped in with 13 points. As a team, the Jazz shot 43 percent from the field and seven of 22 from the 3-point line which was below their best, but they were great on the defensive end as they held the Mavericks to just 20 points in the second quarter to build a 12-point lead before they pulled away in the fourth quarter after their cut was reduced to just one point at one stage.

Meanwhile, the Dallas Mavericks will be hoping for a better performance after coming up just short to the Jazz in Game 1. Jalen Brunson started in place of the injured Luka Doncic and led the team with 24 points, seven rebounds and five assists, Spencer Dinwiddie added 22 points with eight assists, Reggie Bullock scored 15 points while Dorian Finney-Smith chipped in with 14 points, five rebounds and two blocks. As a team, the Mavericks shot just 38 percent from the field and nine of 32 from the 3-point line but they weren’t at their best on the defensive end as they just had no answer for the Jazz’ Mitchell who scored 30 points in the second half.

The Jazz really stumbled their way into the playoffs, but they must be full of confidence after taking full advantage of the Mavericks being shorthanded in the series opener. Mitchell endured a horrible first half, before he exploded for 30 points in the second half to lead the Jazz to the crucial win and I’m expecting a similar result if Luka Doncic sits out once again. The Mavericks will surely come out swinging in this one in the hopes to level the series, but assuming that Doncic is ruled out, I’ll go with the Jazz to go up 2-0 in this series.