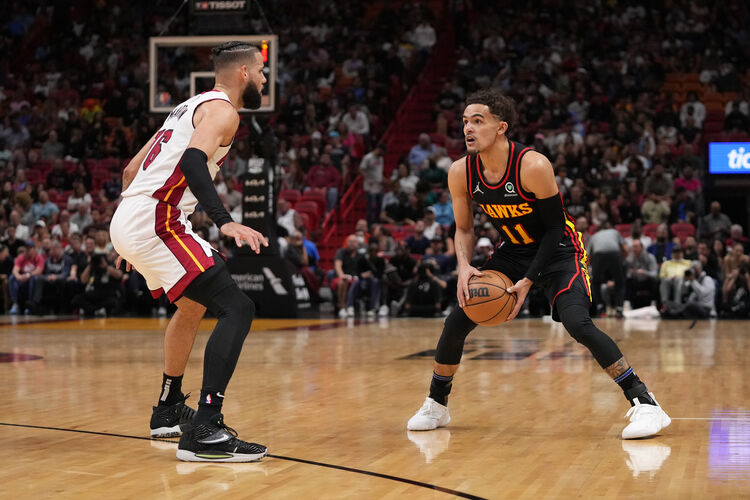 The Atlanta Hawks and the Miami Heat duke it out in Game 1 at the FTX Arena on Sunday afternoon.

The Atlanta Hawks dominated the Hornets in their first play-in game, but they really had to dig deep on Friday where they beat the Cavaliers by 107-101 to book their spot in the playoffs. Trae Young led the team with 38 points and nine assists on 13 of 25 shooting, Bogdan Bogdanovic added 19 points on six of eight shooting off the bench while Danilo Gallinari chipped in with 14 points. As a team, the Hawks shot 48 percent from the field and nine of 31 from the 3-point line as they allowed the Cavaliers off to a flyer and trailed by as many as 14 points in the second quarter, but they hung in the contest and took over in the fourth quarter where they held the Cavaliers to just 17 points to escape with the gritty win.

Meanwhile, the Miami Heat have been one of the most consistent teams in the league all season and they won six of their last seven games of the regular season to earn themselves the top seed in the Eastern Conference. Jimmy Butler led the team with averages of 21.4 points, 5.9 rebounds, 5.5 assists and 1.6 steals per game, Tyler Herro averaged 20.7 points, 5.0 rebounds and 4.0 assists per game, Bam Adebayo scored 19.1 points, 10.1 rebounds and 3.4 assists per game while Kyle Lowry scored 13.4 points and 7.5 assists per game. As a team, the Heat scored 110.0 points per game while shooting 46.7 percent from the field and 37.9 percent from the 3-point line.

The Hawks will likely be starting this series shorthanded once again as John Collins, Lou Williams and Clint Capela are all dealing with injuries, while the Heat should be just about at full strength with PJ Tucker expecting to be ready for this one. The Hawks are coming into this meeting with plenty of momentum after winning two games to clinch the 8th seed, but they lost three out of four meetings against the Heat in the regular season and they are just 1-5 ATS in the last six meetings in Miami. The line seems a little hefty, but with the Hawks likely short in the front court, I’ll go with the Heat to draw first blood in this series.