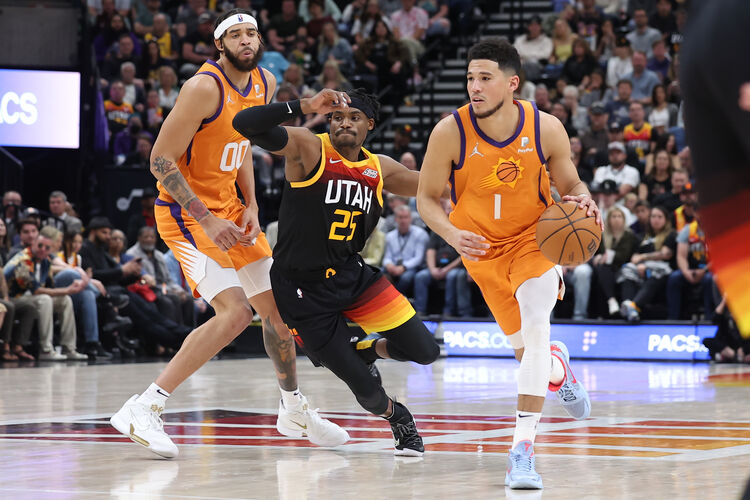 The Sacramento Kings invade the Footprint Center to battle the Phoenix Suns on Sunday night.

The Sacramento Kings have been in a bit of a rut as they’ve lost four of their past six games and they will be hoping to avoid a fourth straight loss after getting routed by the Clippers in a 117-98 road loss last night. Davion Mitchell led the team with 22 points and seven assists, Trey Lyles added 15 points while Damian Jones chipped in with 12 points. As a team, the Kings shot 44 percent from the field and seven of 28 from the 3-point line as they got off to a sluggish start and scored just 16 points in the first quarter to fall behind by double-digits early before things got really ugly in the third quarter where they fell behind by as many as 23 points.

Meanwhile, the Phoenix Suns have been in great shape as they’ve won 11 of their last 14 games overall and they will be looking to stay hot after outlasting the Jazz in a 111-105 road win on Friday. Devin Booker led the team with 33 points on 13 of 26 shooting, DeAndre Ayton added 19 points with 10 rebounds and four assists, Mikal Bridges scored 18 points while Chris Paul chipped in with 16 points and 16 assists. As a team, the Suns shot 50 percent from the field and six of 19 from the 3-point line as they squandered an early 13-point lead, before they dominated the fourth quarter by 36-13 to overcome a 17-point deficit.

The Kings will again be missing Alex Len, Domantas Sabonis and De’Aaron Fox, while the Suns have ruled out Cameron Payne for now. The Suns could very well decide to rest their entire starting lineup given that they have next to nothing to gain from a win here, but the Kings are playing on zero days’ rest and are still missing their best players. This is a game I’d rather stay away from, but assuming that the Suns play most of their starters, I think the Suns get the job done at home.