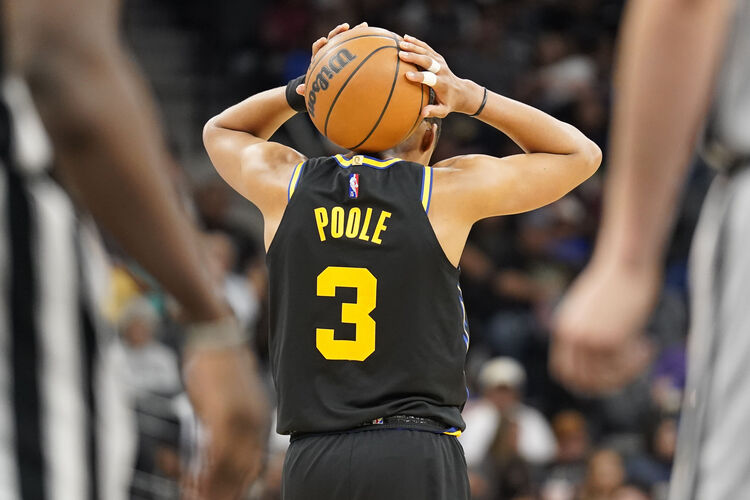 The New Orleans Pelicans play host to the Golden State Warriors at the Smoothie King Center on Sunday night.

The Golden State Warriors have been on a nice run as they’ve reeled off four straight wins and they will be eager to stay hot after outlasting the Spurs in a 100-94 road win last night. Jordan Poole led the team with 18 points, six rebounds and eight assists, Jonathan Kuminga provided the spark off the bench with 18 points on six of eight shooting, Andrew Wiggins scored 15 points while Draymond Green tallied 12 points with 13 rebounds and eight assists. As a team, the Warriors shot just 40 percent from the field and eight of 32 from the 3-point line as they dominated the first half to build an early 17-point lead and they did a nice job of staying in front right till the end. Poole had himself a night to forget as he shot just three of 19 from the field and one of 11 from the 3-point line.

Meanwhile, the New Orleans Pelicans have been in decent form as well as they’ve won five of their last seven games, but they will be hoping to bounce back in this one after getting thrashed by the red-hot Grizzlies in a 141-114 road loss on Saturday. CJ McCollum led the team with 16 points, Willy Hernangomez tallied 15 points with 10 rebounds and four assists while Jaxson Hayes chipped in with 13 points. As a team, the Pelicans shot 45 percent from the field and six of 30 from the 3-point line as they got off to a terrible start and trailed by 17 points going into halftime and things only got worse in the third quarter where they allowed 55 points to fall behind by as many as 43 points at one stage.

The Warriors are going to be shorthanded once again as Stephen Curry, Klay Thompson and Otto Porter Jr. are all listed as out, while the Pelicans will be keeping an eye on Brandon Ingram who is listed as day to day. There is more at stake for the Warriors who currently occupy the third spot in the Western Conference, so I’ll back the Warriors to get the job done behind a big game from Poole.