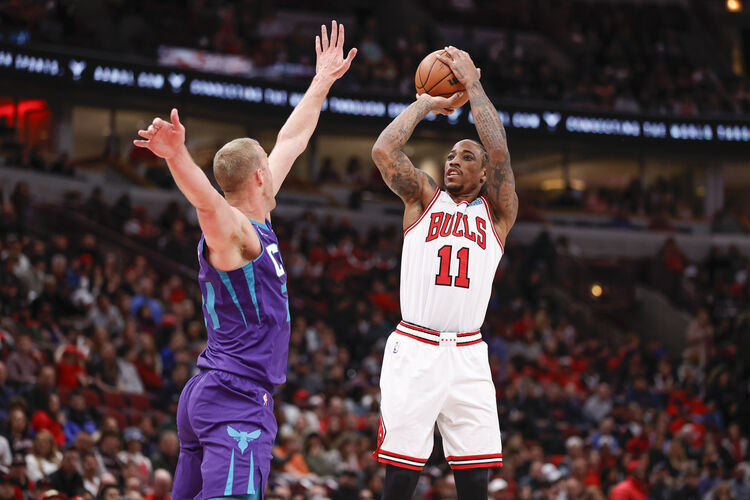 The Chicago Bulls and the Minnesota Timberwolves collide at the Target Center on Sunday night.

The Chicago Bulls have been in rough shape as they’ve lost seven of their last 10 games and they will be hoping to avoid a fifth straight defeat after getting thrashed by the Hornets in a 133-117 loss on Friday. Zach LaVine led the team with 23 points and seven assists, Coby White drained six 3-pointers to add 19 points while DeMar DeRozan chipped in with 17 points. As a team, the Bulls shot 53 percent from the field and 13 of 24 from the 3-point line, but their problems were on the defensive end as they fell behind early after leaking 39 points in the first quarter and things only got worse in the second quarter where they allowed 40 points to trail by as many as 37 points.

Meanwhile, the Minnesota Timberwolves have been in decent shape as they’ve won three of their last four games and they will be looking to stay hot after outlasting the Spurs in a 127-121 home win on Thursday. Anthony Edwards led the team with a career-high 49 points, six rebounds and eight assists, Karl-Anthony Towns added 21 points with 13 rebounds while Malik Beasley and Jaylen Nowell each scored 11 points. As a team, the Timberwolves shot just 42 percent from the field and 20 of 53 from the 3-point line as they poured in 34 points in the second quarter to take the lead into halftime, before they went on another run in the third quarter to push the lead out to 18 points which proved to be just enough as the Spurs rallied late.

The Bulls will again be missing Zach LaVine, Nikola Vucevic and Alex Caruso, while the Timberwolves will be without Karl-Anthony Towns and they’ve listed Patrick Beverley and D’Angelo Russell. It’s hard to pick a game where both teams are missing so many players, but the Timberwolves are 13-5-1 ATS in their last 19 home games and the Bulls are 0-7 ATS in the last seven meetings in Minnesota.