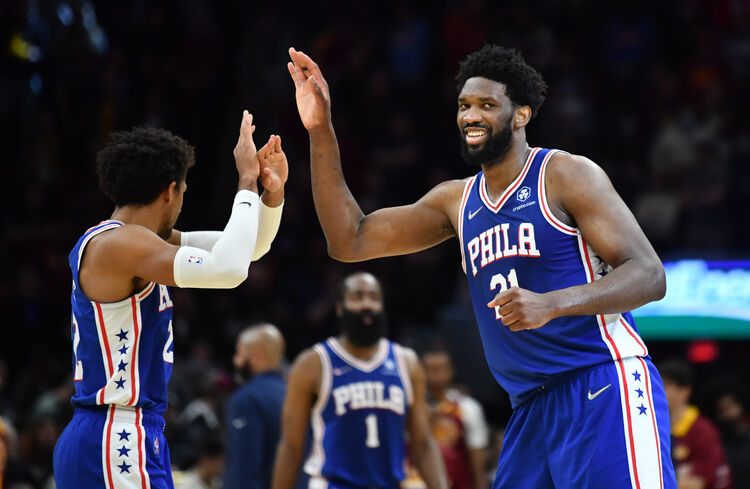 The Philadelphia 76ers pay a visit to the Indiana Pacers at the Gainbridge Fieldhouse on Tuesday night.

The Philadelphia 76ers have been in great shape as they’ve won seven of their last 11 games overall and they will be aiming for a third straight victory after outlasting the Cavaliers in a 112-108 road win on Sunday. Joel Embiid led the team with 44 points, 17 rebounds and five blocks, James Harden racked up a triple-double of 21 points with 10 rebounds and 10 assists while Tobias Harris and Tyrese Maxey each scored 11 points. As a team, the 76ers shot just 41 percent from the field and 11 of 31 from the 3-point line as they got off to a sluggish start and trailed by as many as 12 points in the first half, before they exploded for 63 points in a dominant second half to escape with the narrow win behind Embiid and Harden.

Meanwhile, the Indiana Pacers have been in a major slump as they’ve lost 12 of their last 15 games overall and they will be hoping to put an end to a seven-game slide after coming up just short to the Pacers in a 121-117 home loss on Sunday. Oshae Brissett led the team with 20 points, 10 rebounds and five assists, Tyrese Haliburton tallied 19 points with nine rebounds and 17 assists while Buddy Hield added 19 points with nine rebounds and four assists. As a team, the Pacers shot 47 percent from the field and 12 of 38 from the 3-point line as they looked to be in control of the contest, until the third quarter where the Pistons poured in 36 points to put them behind by 12 points which proved to be just enough in the end.

The 76ers have nobody listed on their injury report, while the Pacers still have four players ruled out and TJ McConnell, Goga Bitadze and Malcolm Brogdon are all questionable for this one. The line is quite hefty for a road team, but a win here for the 76ers would keep them in the hunt for the second seed in the Eastern Conference. This is a game I’d rather stay away from, but assuming that the 76ers don’t rest any players, I think they should have more than enough firepower to get the job done here.