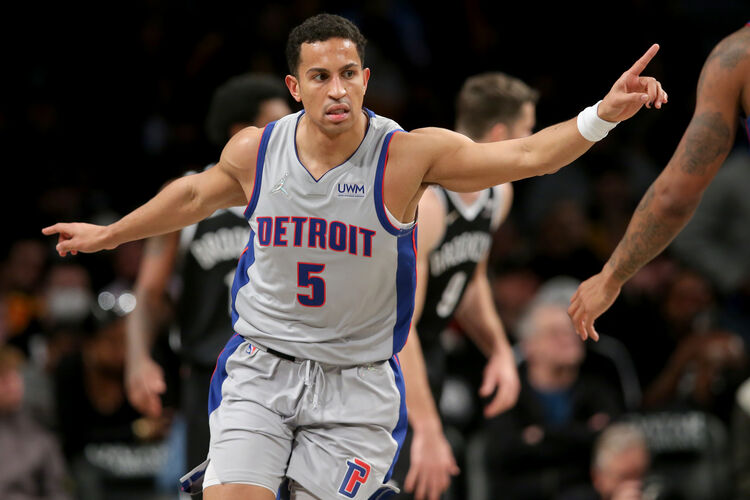 The Detroit Pistons and the Indiana Pacers duke it out at the Gainbridge Fieldhouse on Sunday night.

The Detroit Pistons have been in decent form lately as they’ve won four of their last nine games and they will be aiming for a third straight win after outlasting the Thunder in a 110-101 road win on Friday. Killian Hayes racked up 26 points with seven rebounds, eight assists and five steals, Frank Jackson added 26 points off the bench while Isaiah Livers chipped in with 17 points, 11 rebounds and three assists. As a team, the Pistons shot just 42 percent from the field and 15 of 48 from the 3-point line as they poured in 34 points in the second quarter to take the narrow lead into halftime, before they restricted the Thunder to just 14 points in the third quarter to push the lead out to 22 points.

Meanwhile, the Indiana Pacers have been in rough shape as they’ve lost eight of their last 10 games and they will be hoping to put an end to a six-game losing streak after coming up short against the Celtics in a 128-123 road loss on Friday. Tyrese Haliburton led the team with 30 points on 10 of 11 shooting, Oshae Brissett and Jalen Smith each scored 17 points while Goga Bitadze chipped in with 13 points. As a team, the Pacers shot 51 percent from the field and 17 of 36 from the 3-point line as they got off to a sloppy start and fell behind early on after allowing 37 points in the first quarter, but they hung in the contest behind the long ball and never trailed by more than 10 points which is a credit to them given how well the Celtics have been playing lately.

The Pistons are a little banged up here as Cory Joseph and Marvin Bagley are both out while the Cade Cunningham is listed as questionable. The Pacers have a list of injuries to deal with themselves and they could be missing Malcolm Brogdon and Goga Bitadze who are both questionable for this one. It’s hard to split these two teams at this stage of the season, but I think there’s a bit of value with the Pistons as underdogs here as they’ve been in surprisingly good form recently.