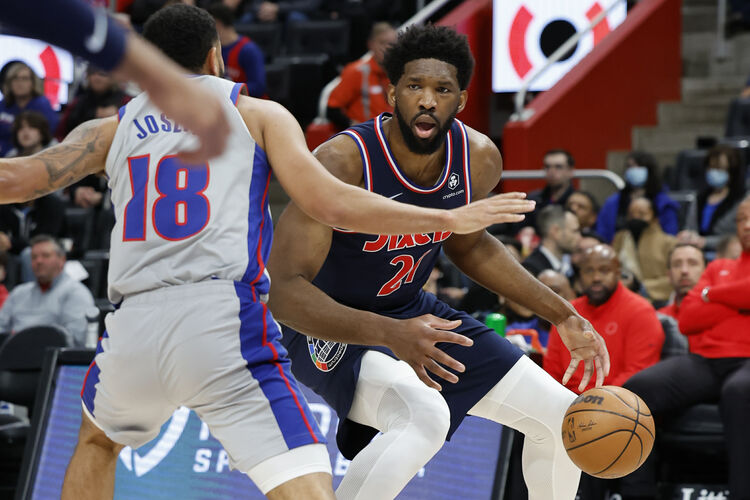 The Charlotte Hornets and the Philadelphia 76ers duke it out at the Wells Fargo Center on Saturday afternoon.

The Charlotte Hornets have been in great shape as they’ve won eight of their last 10 games overall and they will be eager to stay hot after taking down the Knicks in a 125-114 road win on Wednesday. Miles Bridges led the team with 31 points on 11 of 15 shooting, Kelly Oubre Jr. added 20 points on eight of 11 shooting off the bench while LaMelo Ball tallied 20 points with 15 assists. As a team, the Hornets shot 54 percent from the field and 12 of 35 from the 3-point line as they went on a run in the second quarter to take the narrow lead into halftime, before exploding for 67 points in the second half to win easily and clinch a spot in the Eastern Conference play-in tournament.

Meanwhile, the Philadelphia 76ers have been in a bit of a rut as they will now be looking to snap a three-game skid after coming up short to the lowly Pistons in a 102-94 road loss on Thursday. Joel Embiid led the team with 37 points, 15 rebounds and two blocks, James Harden added 18 points with nine rebounds and seven assists while Tobias Harris chipped in with 14 points on six of nine shooting. As a team, the 76ers shot 44 percent from the field and seven of 26 from the 3-point line as they got off to a decent start and led for most of the game, until they went ice-cold in the fourth quarter where they managed just 15 points to allow the Pistons to slip away in the end.

The Hornets are coming into this game with plenty of momentum and they will be full of confidence after securing a spot in the play-in tournament with a solid win over the Knicks on Wednesday. The 76ers have been struggling a bit lately and things went from bad to worse after losing to the lottery-bound Pistons on Thursday despite a big game from Embiid. The Hornets are 3-0-1 ATS in the last four meetings overall, so while I have the 76ers bouncing back with the much-needed win here, I think the Hornets hang around long enough to get the cover in the end.