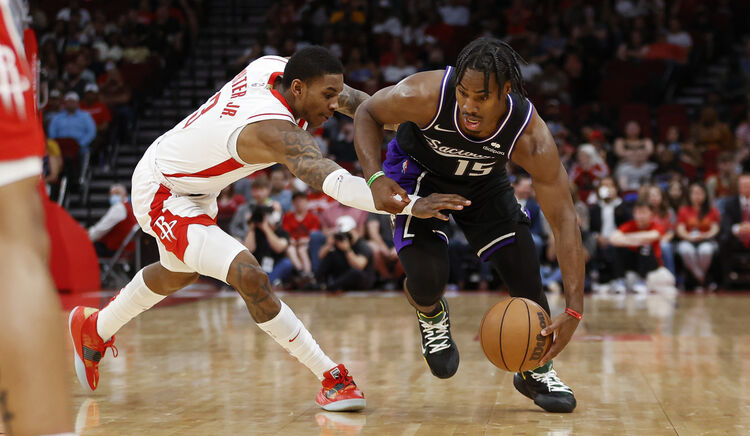 The Sacramento Kings and the Houston Rockets duke it out once again at the Toyota Center on Friday night.

The Sacramento Kings have been in decent form lately as they’ve won three of their last four games and they will be eager to stay hot after outlasting the Rockets in a 121-118 road win on Wednesday. Trey Lyles, Davion Mitchell and Damian Jones each scored 24 points while Harrison Barnes chipped in with 13 points. As a team, the Kings shot 46 percent from the field and seven of 26 from the 3-point line as they exploded for 44 points in the second quarter to overcome an early 14-point deficit, before they held the Rockets to just 15 points in the fourth quarter to escape with the narrow victory.

Meanwhile, the Houston Rockets have been in a slump as they’ve lost eight of their last 11 games overall and they will be hoping to snap a two-game skid after coming up just short to the Kings on Wednesday. Jalen Green led the team with 32 points on 11 of 25 shooting, Kevin Porter Jr. racked up a triple-double of 30 points with 12 rebounds and 12 assists while Bruno Fernando chipped in with 17 points and 10 rebounds off the bench. As a team, the Rockets shot 45 percent from the field and 13 of 42 from the 3-point line as they worked their way back into the contest after squandering an early 14-point lead, only to come up short in the fourth quarter where their offense stalled. Joshua Christopher had a rough night as he scored just six points on two of nine shooting while Garrison Matthews scored just three points on one of five shooting.

The Kings will again be missing some key players in Domantas Sabonis and De’Aaron Fox, while the Rockets have listed Dennis Schroder as out, Christian Wood as out and Alperen Sengun as questionable. The Kings will be growing in confidence as they were able to escape with the narrow win despite getting off to a sluggish start, but it’s always tough to beat the same team twice in a row. The Rockets looked good in parts of the game on Wednesday and I think they can get their revenge if they got off to another quick start.