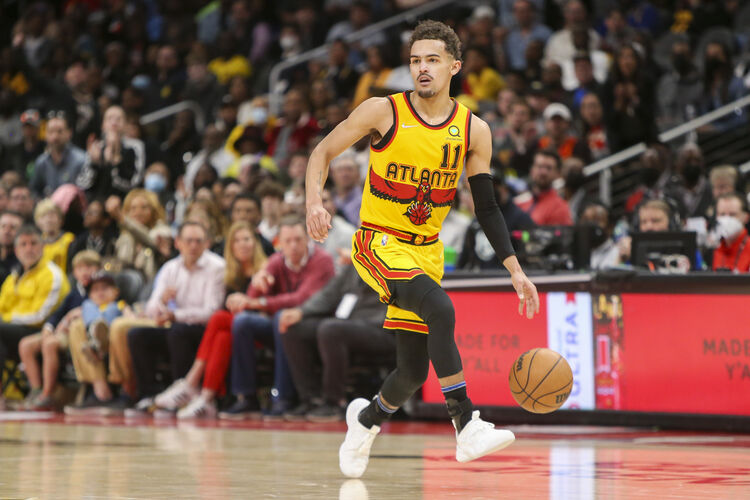 The Indiana Pacers play host to the Atlanta Hawks at the Gainbridge Fieldhouse on Monday night.

The Atlanta Hawks have been in fine form as they’ve won six of their last nine games overall and they will be looking to stay hot after taking down the Warriors in a 121-110 home win on Friday. Trae Young led the team with 33 points and 15 assists on 12 of 20 shooting, Danilo Gallinari added 25 points, Kevin Huerter scored 20 points while Clint Capela chipped in with 19 points and 13 assists. As a team, the Hawks shot 51 percent from the field and 14 of 37 from the 3-point line as they withstood an early barrage from the Warriors to take the narrow lead into halftime, before they held the Warriors to just 16 points in the third quarter to lead by as many as 18 points. The bench combined for just 13 points, but all five starters finished in double figures in scoring.

Meanwhile, the Indiana Pacers have been in a slump as they’ve lost eight of their last 11 games overall and they will be hoping to stop a three-game slide after getting completely blown out by the Raptors in a 131-91 road loss on Saturday. Oshae Brissett led the team in scoring with 21 points, eight rebounds and four steals, Justin Anderson added 18 points with six rebounds and four assists while Buddy Hield chipped in with 14 points. As a team, the Pacers shot just 41 percent from the field and 11 of 36 from the 3-point line, but this was just one of those games that got out of hand in a hurry as the Pacers were already in deep trouble after getting outscored by 41-21 in the first quarter. Lance Stephenson had a rough night as he finished with just eight points on two of 11 shooting while Tyrese Haliburton scored just seven points on two of seven shooting.

Head to head, the over is 7-0 in the last seven meetings overall and the Hawks are 4-1 ATS in the last five meetings in Indiana.

The Hawks are going to be shorthanded in this one as John Collins is still out while Bogdan Bogdanovic and Danilo Gallinari are both listed as questionable. The Pacers are still missing a list of players and they’ve added Duane Washington Jr and Goga Bitadze to the injury report with both players listed as questionable. The Pacers don’t really have anything to play for at this stage of the season and they’ve already lost to the Hawks three times this season. The Hawks are 4-1 ATS in the last five meetings in Indiana and I think that trend continues here behind another big game from Young.