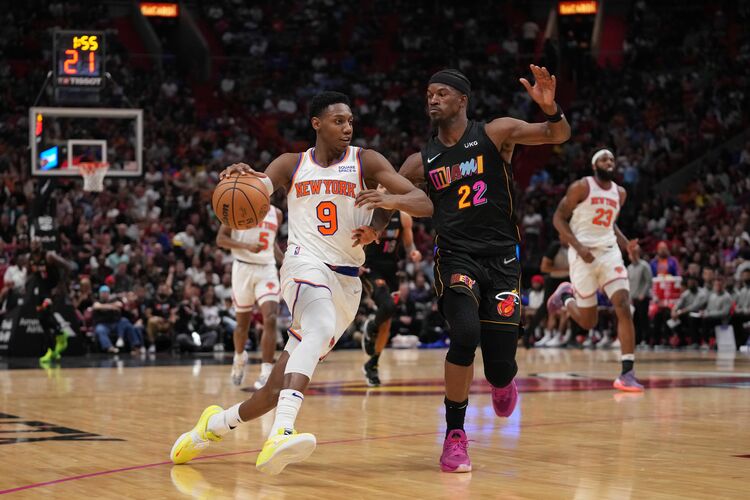 The New York Knicks pay a visit to the Detroit Pistons at Little Caesars Arena on Sunday afternoon.

The New York Knicks have been in decent shape as they’ve won six of their last 10 games overall and they will be gunning for a third straight win after taking down the Heat in a 111-103 road win on Friday. Immanuel Quickley led the team in scoring with 23 points off the bench, RJ Barrett added 18 points with eight rebounds and four assists while Obi Toppin chipped in with 15 points. As a team, the Knicks shot just 43 percent from the field and 17 of 50 from the 3-point line as they got off to a sluggish start and looked to be in trouble after trailing by 17 points in the third quarter, but they didn’t give up and flipped the game on its head in the fourth quarter where they outscored the Heat by 38-15 to escape with an impressive comeback victory.

Meanwhile, the Detroit Pistons have been in a slump as they’ve lost seven of their last nine games overall and they will be hoping to bounce back in this one after coming up short against the Wizards in a 100-97 loss on Friday. Marvin Bagley led the team in scoring with 25 points on 10 of 16 shooting off the bench, Cade Cunningham added 22 points with seven rebounds and nine assists while Isaiah Stewart chipped in with 12 points. As a team, the Pistons shot just 40 percent from the field and six of 32 from the 3-point line as they got off to a terrible start and had to rally back from an early 17-point deficit to take the lead late in the fourth quarter, only to come up painfully short as the Wizards scored the final four points to steal the game late.

The Knicks will be without Julius Randle, Nerlens Noel and Derrick Rose, while the Pistons are still missing Jerami Grant, Hamidou Diallo and Isaiah Livers. The Knicks are coming into this game with plenty of momentum after rallying past the Heat in an impressive comeback victory on Friday, while the Pistons have been in a rut and they will be low on confidence after falling to the ice-cold Wizards in their last outing. This should be a close one, but the Knicks are 7-0 ATS in the last seven meetings overall and I think that trend continues here as the Knicks escape with the win.