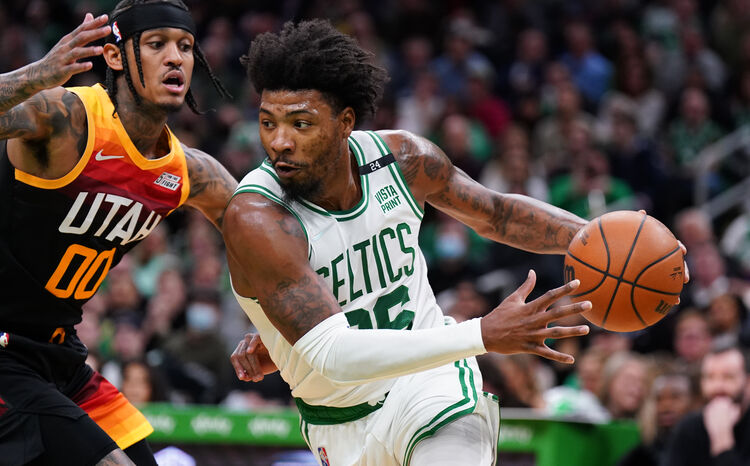 The Boston Celtics play host to the Minnesota Timberwolves at the TD Garden on Sunday night.

The Minnesota Timberwolves have been in great shape as they’ve won 11 of their last 14 games overall and they will be eager to stay hot after blowing past the Mavericks in a 116-95 win on Friday. Karl-Anthony Towns led the team with 20 points and nine rebounds, Jordan McLaughlin added 16 points off the bench while D’Angelo Russell chipped in with 15 points, five rebounds and eight assists. As a team, the Timberwolves shot 51 percent from the field and 11 of 32 from the 3-point line as they poured in 35 points in the second quarter to take an 11-point lead into halftime, which ballooned to 25 points in the third quarter where they held the Mavericks to just 17 points.

Meanwhile, the Boston Celtics have been on fire lately as they’ve won 10 of their last 11 games and they will be aiming to build on their current five-game win streak after routing the Jazz in a 125-97 home win on Wednesday. Jayson Tatum led the team with 26 points on nine of 15 shooting, Jaylen Brown added 26 points with five assists while Robert Williams chipped in with 12 points, 10 rebounds and four blocks. As a team, the Celtics shot a sizzling 59 percent from the field and 19 of 36 from the 3-point line as they dominated the game right from the start, pouring in 39 points in the first quarter to take the early double-digit lead and they just never took their foot off the gas to earn the statement win.

The Timberwolves will be without Malik Beasley once again while Jordan McLaughlin is listed as questionable. The Celtics are also shorthanded for this one as Al Horford has been ruled out, but Jaylen Brown and Jayson Tatum are both expected to play despite being listed as day to day. Both teams are coming into this one with plenty of momentum, but I’m definitely favoring the Celtics who were just so impressive in their blowout win over the Jazz in their last outing. The Timberwolves are only 0-7-1 ATS in the last eight meetings in Boston and the Celtics should be well-rested as they haven’t played since Wednesday, so I’m taking the Celtics in this spot.