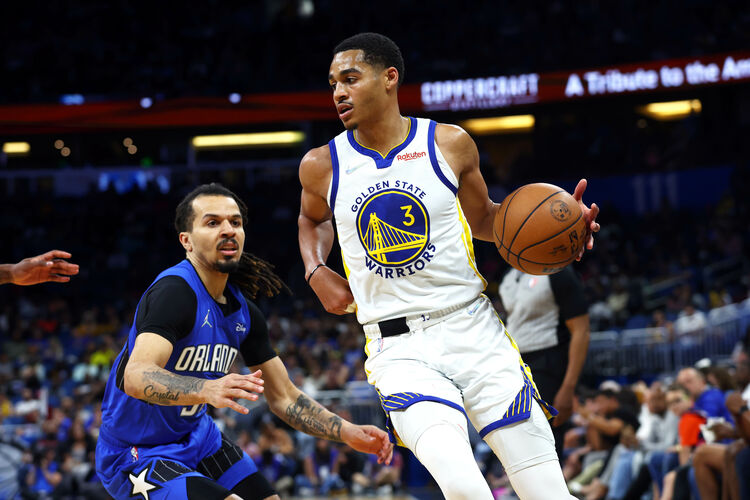 The Golden State Warriors pay a visit to the Atlanta Hawks at the State Farm Arena on Friday night.

The Golden State Warriors have been in decent form as they’ve won five of their last eight games overall and they will be looking to stay hot after taking down the Heat in a 118-104 road win on Wednesday. Jordan Poole drained seven 3-pointers to lead the team with 30 points and nine assists, while Jonathan Kuminga, Andrew Wiggins and Damion Lee each scored 22 points. As a team, the Warriors shot 51 percent from the field and 15 of 36 from the 3-point line as they went back and forth in a tight contest until the fourth quarter where they exploded for 37 points to come away with the upset victory.

Meanwhile, the Atlanta Hawks have been in fine form as they’ve won five of their last eight games overall, but they will be hoping to bounce back in this one after getting thrashed by the Pistons in a 122-101 road loss on Wednesday. Trae Young led the team in scoring with 21 points and nine assists, DeAndre Hunter added 15 points while Bogdan Bogdanovic chipped in with 13 points off the bench. As a team, the Hawks shot just 40 percent from the field and 14 of 44 from the 3-point line as they went cold and managed just 20 points in the second quarter to fall behind going into halftime and things only got worse in the second half where they trailed by as many as 29 points. Timothe Luwawu-Cabarrot finished with just three points on one of seven shooting while Clint Capela scored just one point on zero of five shooting.

The Warriors will again be missing Stephen Curry and James Wiseman, while Andre Iguodala is listed as questionable. The Hawks are just about at full strength for this one except for John Collins who is still out indefinitely. It’s hard to split these two teams at the moment, but the Warriors were so impressive in their upset win over the Heat and I think they can keep the good times going with another win in this spot.