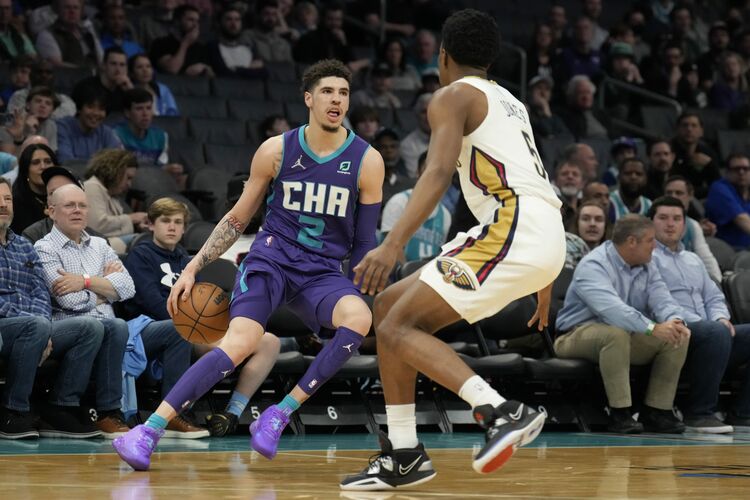 The New York Knicks pay a visit to the Charlotte Hornets at the Spectrum Center on Wednesday night.

The New York Knicks have been in a bit of a rut as they’ve lost four of their last six games and they will be hoping to snap a two-game skid after coming up short against the Hawks in a 117-111 loss last night. RJ Barrett led the team with 30 points, 13 rebounds and three assists, Alec Burks added 21 points while Immanuel Quickley chipped in with 17 points off the bench. As a team, the Knicks shot 48 percent from the field and 13 of 34 from the 3-point line as they looked to be in control after taking a 10-point lead in the fourth quarter, only to see the Hawks go on a 24-6 run to snath the game away from them in the end.

Meanwhile, the Charlotte Hornets have been in great shape as they’ve won seven of their past eight games overall and they will be gunning for a sixth straight victory after outlasting the Pelicans in a 106-103 home win on Monday. LaMelo Ball and Terry Rozier scored 17 points apiece, Miles Bridges added 16 points with five assists while Isaiah Thomas chipped in with 15 points off the bench. As a team, the Hornets shot 50 percent from the field and 13 of 37 from the 3-point line as they got off to a sluggish start and trailed by eight points in the fourth quarter, before they clamped down defensively and outscored the Pelicans by 19-8 in the final 7:05 to escape with the narrow victory.

The Knicks haven’t been able to get anything going lately and they will be gutted after squandering a fourth quarter 10-point lead in last night’s loss to the Hawks. The Hornets are coming into this meeting as the team in better shape, they just took down the in-form Pelicans and they have home-court advantage and extra rest as well. This should be a close one, but I have the Hornets pulling away for the win and cover in the end.