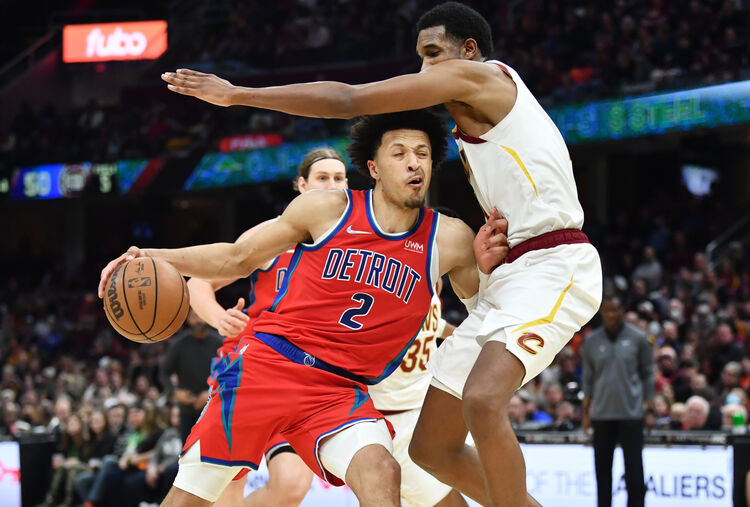 The Portland Trail Blazers have been in a major slump as they’ve lost 10 of their last 11 games overall and they will be hoping to arrest a four-game slide after getting routed by the Pacers in a 129-98 road loss last night. Josh Hart led the team with 26 points on 11 of 13 shooting, Trendon Watford added 17 points with eight rebounds and three assists while Drew Eubanks chipped in with 12 points. As a team, the Trail Blazers shot 46 percent from the field and nine of 33 from the 3-point line as they got off to another slow start and never threatened after falling behind by 21 points at halftime. Ben McLemore shot just four of 14 from the field and one of nine from the 3-point line while Brandon Williams shot just two of 10 from the field.

Meanwhile, the Detroit Pistons have been in a real slump as they’ve lost five of their last six games overall and they will be hoping to bounce back after coming up short against the Cavaliers in a 113-109 road loss on Saturday. Jerami Grant drained seven 3-pointers to lead the team with 40 points on 13 of 22 shooting, Saddiq Bey added 20 points while Cade Cunningham chipped in with 15 points and 10 assists. As a team, the Pistons shot 48 percent from the field and 13 of 30 from the 3-point line as they got off to a nice start and controlled the contest to lead by 12 points late in the third quarter, before the Cavaliers flipped the game on its head with a pivotal 24-4 run to slip away in the end.

The Trail Blazers are still missing a long list of players including Damian Lillard, Anfernee Simons and Eric Bledsoe, while the Pistons have ruled out Jerami Grant, while Kelly Olynyk and Cory Joseph are both questionable. The Pistons are a little banged up for this one, but they should still have more than enough firepower to get the win and cover if Bey and Cunningham can have big games.