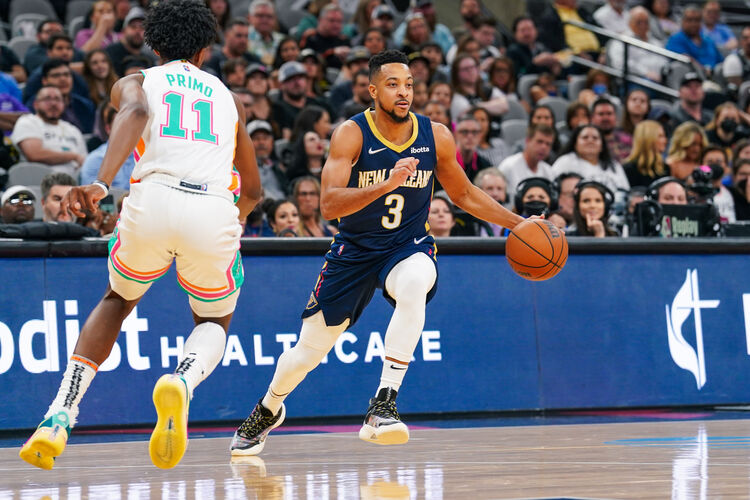 The New Orleans Pelicans travel to the State Farm Arena to take on the Atlanta Hawks on Sunday night.

The New Orleans Pelicans have been in a rut as they’ve lost five of their last seven games overall, but they will be eager to stay hot after blowing out the Spurs in a 124-91 road win on Friday. CJ McCollum led the team with 20 points, Naji Marshall added 18 points off the bench while Jonas Valanciunas and Jaxson Hayes scored 16 points apiece. As a team, the Pelicans shot 50 percent from the field and 14 of 34 from the 3-point line as they dominated right from the start, outscoring the Spurs by 35-10 in the first quarter to take the early double-digit lead, before running away with it in the third quarter where the lead ballooned to 40 points.

Meanwhile, the Atlanta Hawks have started to heat up with four wins in their last five games overall and they will be feeling pretty good after blowing past the red-hot Grizzlies in a 120-105 home win on Friday. Bogdan Bogdanovic led the team with 30 points on nine of 15 shooting off the bench, Clint Capela and Delon Wright each scored 18 points while DeAndre Hunter chipped in with 14 points. As a team, the Hawks shot 49 percent from the field and 13 of 28 from the 3-point line as they hit the ground running and dominated the first half by 67-48 which allowed them to cruise in the second half where they led by as many as 23 points at one stage. Kevin Huerter had a rough night as he scored just six points on two of 11 shooting from the field and zero of six shooting from the 3-point line.

The Pelicans will again be without Brandon Ingram while Devonte’ Graham is listed as questionable with right hip soreness, while the Hawks are sweating on the availability of Trae Young who is questionable for this one. The Pelicans were in poor form before ambushing the Spurs in a big win on Friday, but they’re going to like their chances in this one if Young isn’t able to suit up. You can make an argument for either side here, but I like the Pelicans in this spot if the Hawks are shorthanded.