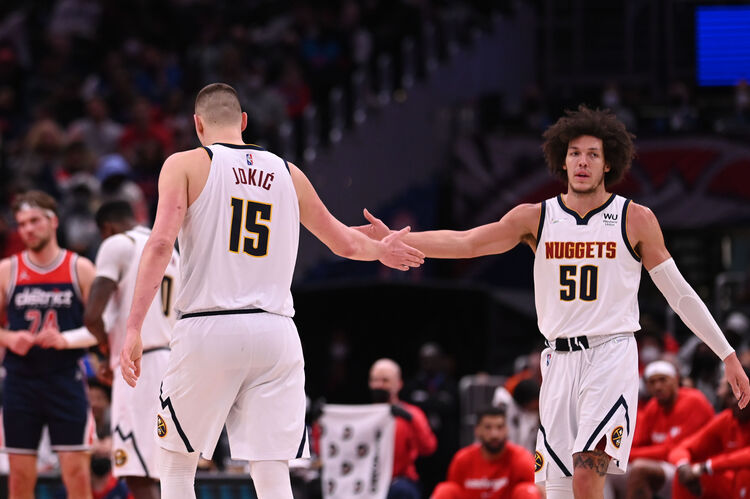 The Denver Nuggets invade the Rocket Mortgage Fieldhouse to battle the Cleveland Cavaliers on Friday night.

The Denver Nuggets have been in great shape as they’ve won 11 of their last 14 games overall and they will be aiming for a third straight victory after routing the Wizards in a 127-109 road win on Wednesday. Nikola Jokic racked up 29 points with 13 rebounds and eight assists on 10 of 14 shooting, Bones Hyland added 17 points, six rebounds and five assists off the bench while Aaron Gordon and DeMarcus Cousins each scored 14 points. As a team, the Nuggets shot 51 percent from the field and 15 of 37 from the 3-point line as they got off to a flyer and poured in 73 points in the first half to build a 28-point lead which allowed them to cruise in the second half and rest their starters early.

Meanwhile, the Cleveland Cavaliers have been in rough shape as they’ve lost nine of their last 13 games overall and they will be hoping to bounce back in this one after coming up just short to the 76ers in a 118-114 loss on Wednesday. Darius Garland led the team with 22 points and seven assists, Isaac Okoro added 17 points while Caris LeVert chipped in with 15 points and seven assists off the bench. As a team, the Cavaliers shot 48 percent from the field and nine of 28 from the 3-point line as they dominated the third quarter by 31-13 to rally back from an early 17-point deficit, but the fourth quarter was their downfall as they allowed 33 points to come up just short in the end.

Head to head, the under is 4-1 in the last five meetings overall.

The Nuggets will be without Michael Porter Jr. and Jamal Murray, while Zeke Nnaji is listed as questionable. The Cavaliers are again without Dean Wade, Rajon Rondo and Jarrett Allen. The Nuggets have been playing some of their best basketball of the season and they should be full of confidence coming into this one after making light work of the Wizards on Wednesday in a game where no starter played their usual allotment of minutes. The Cavaliers were the surprise team of the league for most of the season, but they’ve cooled off lately and the Nuggets are 8-1 ATS in their last nine road games, so I’ll lean towards the Nuggets in this spot.