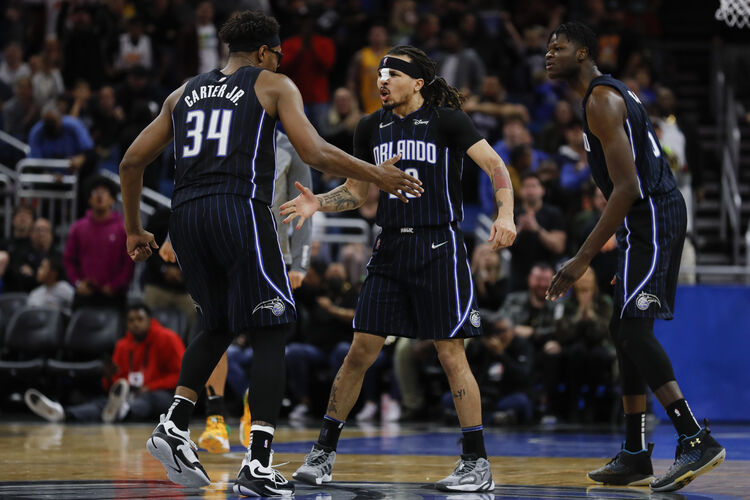 Detroit Pistons travel to the Amway Center to do battle with the Orlando Magic on Thursday night.

The Detroit Pistons looked to have cooled off from their hot streak as they’ve now lost four straight, after coming up short against the Heat in a 105-98 road win on Tuesday. Jerami Grant led the team with 22 points, Isaiah Livers added 16 points on six of seven shooting off the bench while Saddiq Bey chipped in with 13 points and six assists. As a team, the Pistons shot 46 percent from the field and 10 of 34 from the 3-point line as they held the Heat to just 11 points in the third quarter to take a seven-point lead, only to get blown out in the fourth quarter where the Heat exploded for 37 points to slip away in the end. The Pistons got plenty of scoring from their bench, but they needed more from their starters, especially Isaiah Stewart who finished with just two points on zero of five shooting.

Meanwhile, the Orlando Magic have been in rough shape as they’ve lost four of their last six games overall and they might still be licking their wounds after getting thrashed by the Nets in a 150-108 loss on Tuesday. Cole Anthony led the team with 19 points and seven assists, Wendell Carter Jr. added 18 points, Moritz Wagner scored 17 points with 11 rebounds while Franz Wagner chipped in with 16 points. As a team, the Magic shot just 37 percent from the field and 15 of 41 from the 3-point line as they struggled to keep up right from the start and never looked in the contest after falling behind by 86-56 going into halftime. RJ Hampton had a rough game as he scored just six points on two of eight shooting while Markelle Fultz scored just five points on one of seven shooting off the bench.

The Pistons are going to be seriously shorthanded in this one as Jerami Grant, Frank Jackson and Hamidou Diallo are all out while Rodney McGruder and Cade Cunningham are both questionable. The Magic have their own injury concerns as Jalen Suggs is still out while Chuma Okeke and Wendell Carter Jr. are both listed as questionable. The Pistons can certainly get the win here if Cunningham can suit up and have a big game in the absence of Grant, but I think the safer play is with the Magic who will surely come out firing after getting embarrassed in their last outing. You couldn’t bet on either team with much confidence these days, but I think the Magic can take care of the shorthanded Pistons at home in this spot.