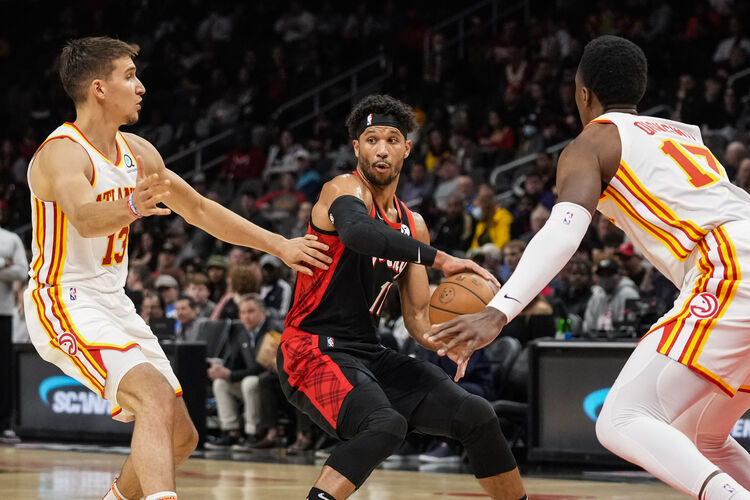 The Portland Trail Blazers pay a visit to the New York Knicks at Madison Square Garden on Wednesday night.

The Portland Trail Blazers have been in a major slump as they’ve lost seven of their last eight games overall and they will be hoping to bounce back after getting stopped by the Hawks in a 122-113 road loss on Monday. Josh Hart led the team with 31 points, seven rebounds and four assists, Trendon Watford added 22 points with nine rebounds and four blocks while Brandon Williams chipped in with 20 points and six assists. As a team, the Trail Blazers shot 50 percent from the field and 10 of 24 from the 3-point line as they got off to a nice start and poured in 67 points in the first half to lead by as many as 15 points, but all their hard work came undone in a disastrous third quarter where they managed just 17 points.

Meanwhile, the New York Knicks have been in a slump as they’ve lost nine of their last 12 games overall and they will be eager to stop a two-game skid after coming up just short to the Nets in a 110-107 road loss on Sunday. Julius Randle led the team with 26 points on nine of 17 shooting, Evan Fournier added 25 points with five assists on nine of 13 shooting while RJ Barrett chipped in with 24 points. As a team, the Knicks shot 47 percent from the field and 11 of 29 from the 3-point line as they showed plenty of fight to rally back from a 12-point deficit to take the lead late in the fourth quarter, only to see the Nets close the final 2:12 on a 9-4 run to snatch the game from them in the end.

These two teams already met once earlier this season and it was the Trail Blazers who got the win, but I got a feeling we’re going to see a different result in this one. The Trail Blazers are just missing so many players now and it’s getting to a point where it’s almost shocking when they win, but the Knicks haven’t been much better and they are only 0-5 ATS in their last five home games. This is a tough one to pick, but while I think the Knicks get the win, I’m taking the Trail Blazers with the points.