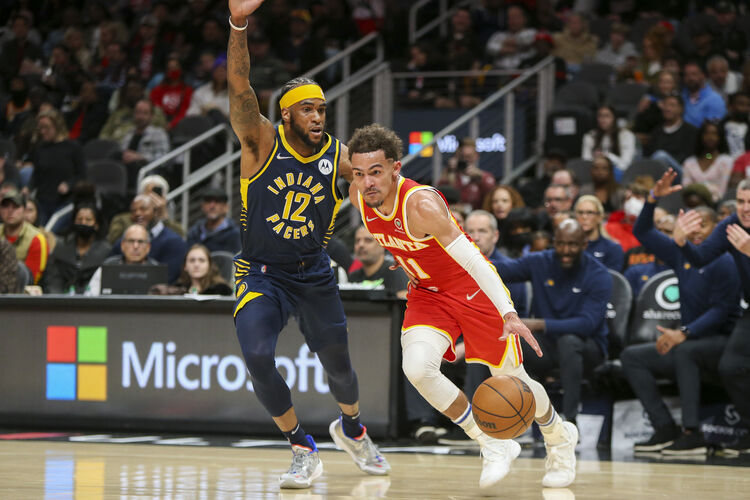 The Atlanta Hawks play host to the Portland Trail Blazers at the State Farm Arena on Monday night.

The Portland Trail Blazers have been in a real slump lately as they were riding an ugly six-game losing streak before taking down the Wizards in a 127-118 home win on Saturday. Josh Hart led the team with a career-high 44 points, eight rebounds and six assists, Trendon Watford added 27 points on 11 of 16 shooting, while Drew Eubanks chipped in with 20 points, 12 rebounds and three assists. As a team, the Trail Blazers shot 51 percent from the field and 11 of 30 from the 3-point line as they hit the ground running and poured in an impressive 72 points in the first half to lead by as many as 22 points and the margin remained at double-digits all the way until the late in the fourth quarter.

Meanwhile, the Atlanta Hawks have been in fine form as they’ve won seven of their last 11 games overall and they will be aiming for a third straight victory after outlasting the Pacers in a 131-128 home win last night. Trae Young led the team with 47 points and five assists on 13 of 20 shooting, Danilo Gallinari and DeAndre Hunter each scored 15 points while Kevin Huerter chipped in with 14 points. As a team, the Hawks shot 54 percent from the field and 17 of 38 from the 3-point line as they dominated the start with 77 points in the first half to build an early 19-point lead which proved to be just enough in the end as the Pacers rallied late to keep it interesting.

The Trail Blazers are once again severely shorthanded as they are still without players like Justise Winslow, Eric Bledsoe, Anfernee Simons and Jusuf Nurkic, while the Hawks are just about at full strength except for John Collins who is a game-time decision for this one. The Trail Blazers broke out of their slump with a big win over the Wizards thanks to a career night from Hart, but it’s going to take a similar effort to get past the Hawks’ Young who just poured in 47 points last night. I think the Trail Blazers hang around in the first half, but in the end I expect the Hawks to win this one big at home.