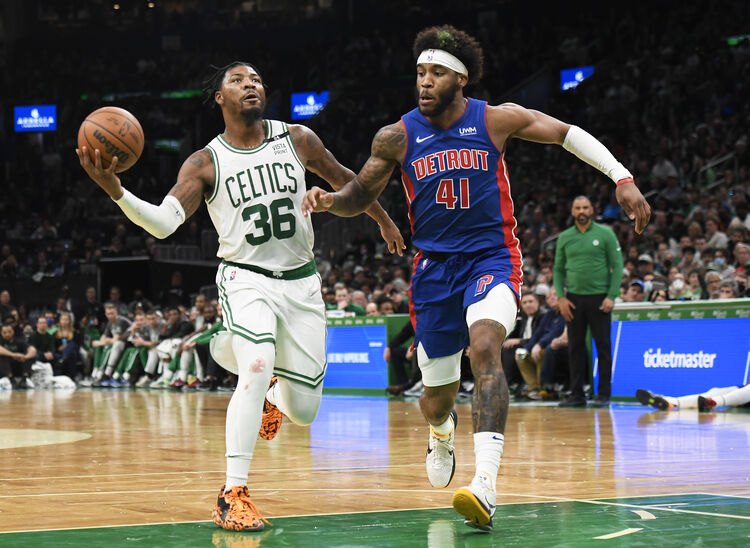 The Dallas Mavericks invade the TD Garden to do battle with the Boston Celtics on Sunday night.

The Dallas Mavericks have been in red-hot form as they’ve won six of their last seven games overall and they will be looking to stay hot after routing the Rockets in a 113-100 road win on Friday. Luka Doncic led the team with 30 points, 14 rebounds and six assists, Dwight Powell added 26 points with 12 rebounds and two blocks while Spencer Dinwiddie chipped in with 16 points and seven assists. As a team, the Mavericks shot 45 percent from the field and 11 of 36 from the 3-point line as they dominated right from the start, exploding for 36 points in the second quarter to take a 23-point lead into halftime which allowed them to cruise in the second half where the margin remained at double-digits.

Meanwhile, the Boston Celtics have been on fire as they’ve won 16 of their last 18 games overall and they will be eager to build on their current five-game win streak after taking down the Pistons in a 114-103 win on Friday. Jayson Tatum led the team with 31 points, eight rebounds and six assists, Jaylen Brown added 22 points with eight rebounds and four assists while Marcus Smart chipped in with 20 points, five assists and five steals. As a team, the Celtics shot 46 percent from the field and a miserly six of 32 from the 3-point line as they went back and forth with the Pistons in a tight contest, until the fourth quarter where they held the Pistons to just 13 points to pull away and win comfortably in the end.

The Mavericks are still missing Theo Pinson and Marquese Chriss, while Dorian Finney-Smith and Jalen Brunson are both listed as questionable. The Celtics are coming into this meeting as the team in better form which is saying something given how well the Mavericks have been playing lately. This is a tough one to pick as the Mavericks are 9-3 ATS in the last 12 meetings in Boston and they beat the Celtics in their lone meeting this season, but the Celtics have been at full strength for a while now and I think they can stay hot with a win and cover here.