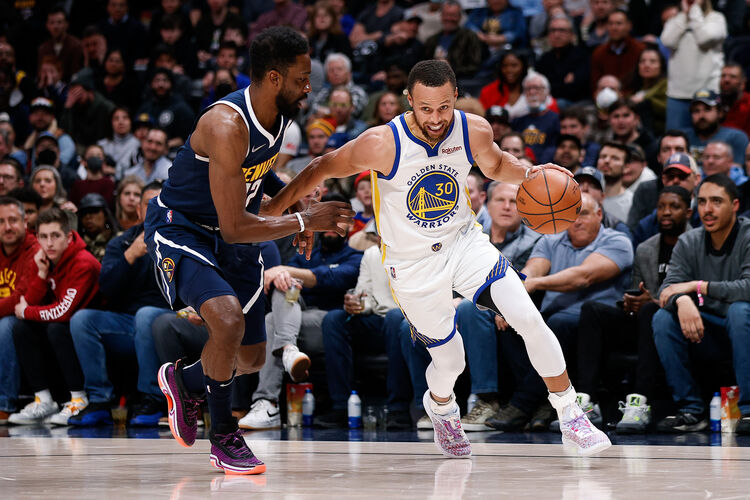 The Golden State Warriors play host to the Milwaukee Bucks at the Chase Center on Saturday night.

The Milwaukee Bucks have been on fire as they’ve now won six in a row after blowing past the Hawks in a 124-115 home win on Wednesday. Giannis Antetokounmpo led the team with 43 points, 12 rebounds and five assists, Khris Middleton added 23 points with eight assists while Bobby Portis tallied 23 points with 15 rebounds and two blocks. As a team, the Bucks shot 50 percent from the field and 12 of 35 from the 3-point line as they hit the ground running and exploded for 68 points in the first half to lead by as many as 19 points, but they needed another run in the fourth quarter after the Hawks cut the lead to just five points.

Meanwhile, the Golden State Warriors have been below their best as they’ve lost nine of their last 13 games overall, but they will be gunning for a third straight victory after rallying past the Nuggets in a 113-102 road win on Thursday. Stephen Curry led the way with 34 points, nine rebounds and three assists, Jordan Poole added 21 points with seven assists off the bench while Klay Thompson and Jonathan Kuminga each scored 18 points. As a team, the Warriors shot 47 percent from the field and 14 of 42 from the 3-point line as they struggled to find their offense and trailed by as many as 14 points, but they must have had a good talk during the halftime break as they dominated the second half by 62-42 behind great team defense and some hot shooting from Curry.

Head to head, the Bucks are 9-3 ATS in the last 12 meetings in Golden State.

The Bucks are coming into this one as the hotter team and Antetokounmpo looked unstoppable against the Hawks on Wednesday, but the Warriors have come to life with two wins on the trot and they would’ve taken plenty of confidence from their comeback win over the Jazz. Curry snapped out of a shooting funk with 34 points on Thursday, but he’s going to have to replicate that effort for the Warriors to have a chance in this one as Thompson has struggled with his shot lately. The Bucks are 9-3 ATS in the last 12 meetings in Golden State and I think that trend continues here as the Bucks get the minor upset in this spot.