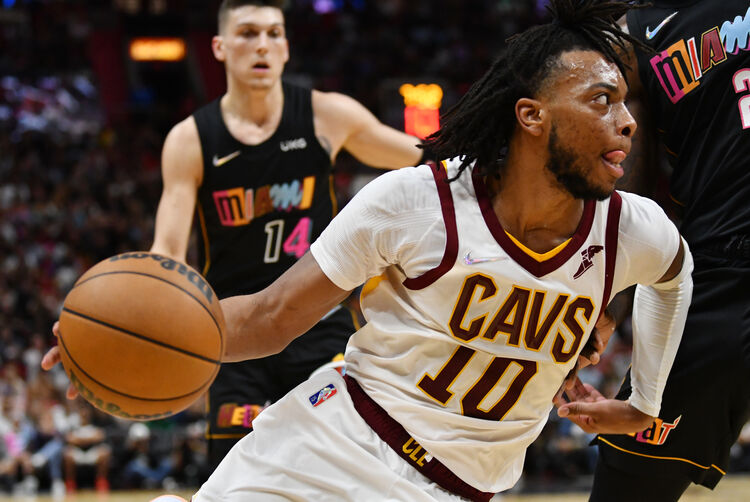 The Cleveland Cavaliers pay a visit to the Chicago Bulls at the United Center on Saturday night.

The Cleveland Cavaliers have been in rough shape as they’ve lost seven of their last 10 games overall and they will be hoping to bounce back after getting routed by the Heat in a 117-105 road loss last night. Darius Garland led the team with 24 points and 10 assists on four of 17 shooting, Evan Mobley added 19 points with 12 rebounds and four assists while Lauri Markkanen chipped in with 15 points. As a team, the Cavaliers shot 44 percent from the field and eight of 25 from the 3-point line as they exploded for 39 points in the second quarter to keep pace with the Heat until the third quarter where they managed just 15 points to trail by as many as 17 points at one stage.

Meanwhile, the Chicago Bulls have been in a rut as they were riding a five-game losing streak before they took down the Pistons in a 114-108 road win on Wednesday. DeMar DeRozan led the team with 36 points, eight rebounds and four assists, Zach LaVine added 25 points while Nikola Vucevic chipped in with 21 points on eight of 11 shooting. As a team, the Bulls shot 52 percent from the field, but they really struggled from distance as they made just three of 15 from the 3-point line which kept them trailing in the game until the fourth quarter where they outscored the Pistons by 30-17 to escape with the much-needed victory.

Head to head, the under is 5-2 in the last seven meetings in Chicago and the Cavaliers are 15-32 ATS in the last 47 meetings overall.

The Cavaliers had won two games on the trot before running into the surging Heat last night, they’re going to be shorthanded once again as Caris LeVert, Collin Sexton and Jarrett Allen are all out. The Bulls are even more banged up as Alex Caruso is still out while Zach LaVine and Nikola Vucevic are both listed as questionable for this one. There’s a big injury cloud hanging over the Bulls’ two best players, but I’m still leaning towards the Bulls to get the job done if LaVine is able to suit up.