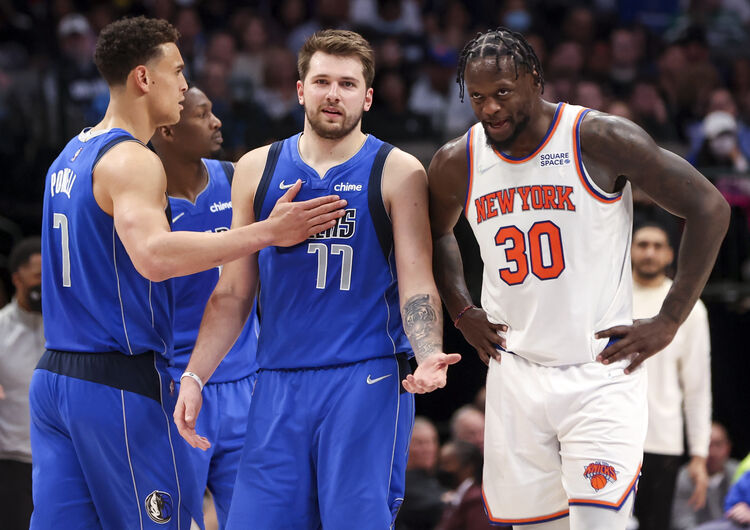 The Dallas Mavericks and the Houston Rockets duke it out at the Toyota Center on Friday night.

The Dallas Mavericks have been in red-hot form as they’ve won 11 of their last 14 games overall, but they will be hoping to bounce back in this one after having their five-game win streak snapped by the Knicks in a 107-77 loss on Wednesday. Luka Doncic led the team with 31 points, six rebounds and four assists while Spencer Dinwiddie added 13 points off the bench, but no other player finished in double figures in scoring. As a team, the Mavericks shot a miserable 31 percent from the field and just six of 44 from the 3-point line as they struggled right from the start and scored just 34 points in the first half to fall behind by double-digits early and things only got worse in the fourth quarter where they managed just 12 points. Maxi Kleber scored just two points on zero of seven shooting off the bench, Jalen Brunson scored just eight points on three of 12 shooting, while Reggie Bullock finished scoreless on zero of eight shooting.

Meanwhile, the Houston Rockets have been in dreadful form as they’ve lost 17 of their last 20 games overall, but they will be looking to stay hot in this one after outlasting the Lakers in a 139-130 overtime win on Wednesday. Jalen Green led the team with 32 points on 13 of 21 shooting, Alperen Sengun and Joshua Christopher each scored 21 points, Kenyon Martin Jr. scored 17 points while Kevin Porter Jr. tallied 10 points with eight rebounds and 10 assists. As a team, the Rockets shot 51 percent from the field and 17 of 40 from the 3-point line as they missed on multiple chances to win the game in regulation, before making up for it in the overtime period where they ran riot to escape with the much-needed victory.

Head to head, the Mavericks are 4-1 ATS in the last five meetings in Houston.

The Mavericks could be shorthanded once again as Frank Ntilinki is listed as doubtful while Jalen Brunson and Dorian Finney-Smith are both listed as questionable. The Rockets could also be shorthanded as Dennis Schroder, Jae’Sean Tate and Christian Wood are all listed as questionable. The Rockets looked great in their overtime win over the Lakers on Wednesday, but the Mavericks were on fire before getting embarrassed by the Knicks in their last outing and they’ve already beaten the Rockets by double-digits twice this season. The Mavericks are 10-3-1 ATS in their last 14 games overall and I think that trend continues as they bounce back with a big win and cover.