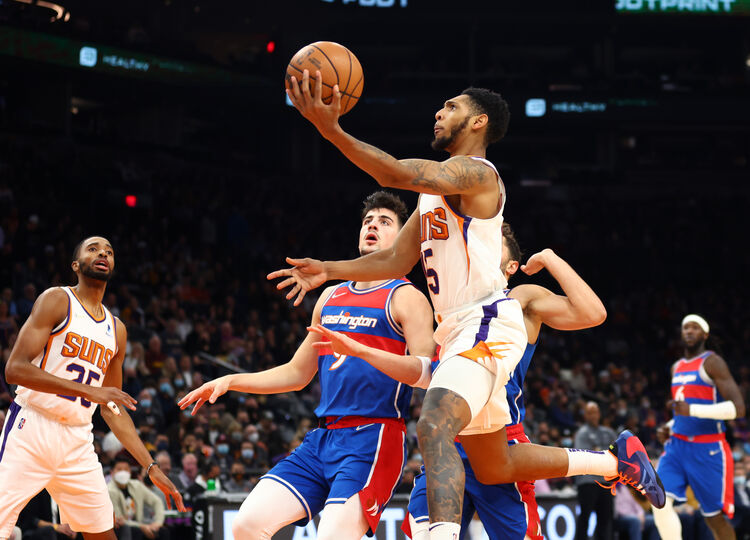 The Phoenix Suns invade the Orlando Magic at the Amway Center on Tuesday night.

The Phoenix Suns have been in a bit of a rut as they’ve lost three of their past five games overall and they will be hoping to bounce back after coming up short against the Bucks in a 132-122 road loss on Sunday. DeAndre Ayton led the team with 30 points on 14 of 19 shooting, Cameron Payne added 23 points with eight assists, Jae Crowder scored 19 points with seven assists while Landry Shamet chipped in with 17 points and five assists. As a team, the Suns shot 53 percent from the field and 14 of 31 from the 3-point line as they poured 33 points in the first quarter to take the lead into halftime, before getting overwhelmed in the second half where they got outscored by 72-59. The Suns needed more production from their bench who combined for just 19 points, and no one could slow down the Bucks’ Khris Middleton who burned them for 44 points.

Meanwhile, the Orlando Magic have been playing some of their best basketball of the season as they’ve won three of their past five games, but they will be hoping for a better showing in this one after getting run off the floor by the Grizzlies in a 124-96 road loss on Saturday. Cole Anthony led the team with 19 points, Moritz Wagner added 17 points with 11 rebounds and three assists while Franz Wagner chipped in with 15 points and six assists. As a team, the Magic shot just 43 percent from the field and 11 of 35 from the 3-point line as they got off to a sluggish start and never recovered after getting outscored by 37-16 in the second quarter. Markelle Fultz finished with just six points on two of eight shooting off the bench while RJ Hampton scored just four points on one of seven shooting.

The Suns are shorthanded once again as Devin Booker, Chris Paul and Cameron Johnson are all out, while the Magic are sweating on the availability of Jalen Suggs who is currently listed as questionable with an ankle sprain. The Suns are still a very good team without their starting backcourt, but perhaps not at the level of the Bucks as we saw on Sunday. Against a weaker team like the Magic who could be without Suggs, I like the Suns to bounce back with a win behind a better showing on the defensive end.