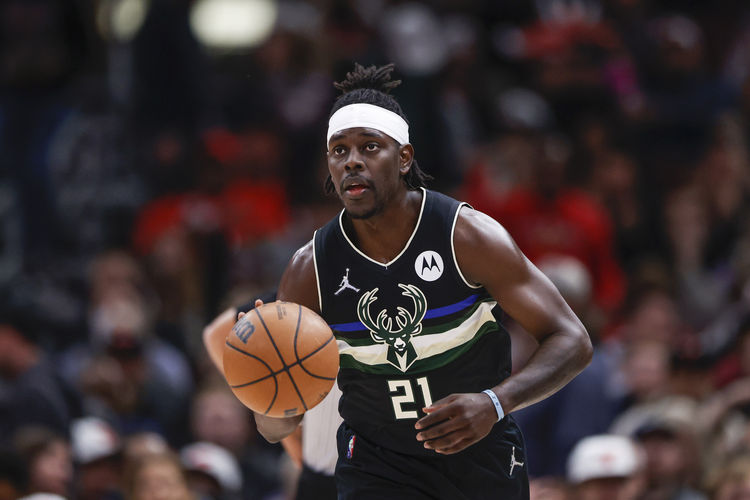 The Milwaukee Bucks play host to the Phoenix Suns at the Fiserv Forum on Sunday afternoon.

The Phoenix Suns have been in great shape as they’ve won 10 of their last 12 games overall and they will be aiming for a third straight victory after sneaking past the Knicks in a 115-114 win on Friday. Cameron Johnson drained nine 3-pointers to lead the way with 38 points on 11 of 16 shooting off the bench, Mikal Bridges added 20 points with six rebounds and four assists while Cam Payne chipped in with 17 points and 16 assists. As a team, the Suns shot 44 percent from the field and 17 of 34 from the 3-point line as they allowed 38 points in the third quarter to trail by as many as 14 points, before going on a ferocious rally in the fourth quarter to snatch the game from the Knicks with the game-winning 3-pointer with just 1.2 seconds left on the clock.

Meanwhile, the Milwaukee Bucks have been in decent shape as they will be eager to build on their three-game win streak after outlasting the Bulls in a 118-112 road win on Friday. Giannis Antetokounmpo led the team with 34 points, 16 rebounds and five assists, Jrue Holiday added 26 points with eight rebounds and five assists while Khris Middleton chipped in with 22 points and seven assists. As a team, the Bucks shot 48 percent from the field and 10 of 31 from the 3-point line as they squandered an early 14-point lead to trail by eight points in the third quarter, before taking control in the fourth quarter where they exploded for 37 points to escape with the narrow win in the end.

The Suns are going to be shorthanded once again as Cam Johnson, Devin Booker and Chris Paul are all out, while the Bucks are still without Brook Lopez and Wesley Matthews. The Suns have continued to win without their starting backcourt and they would’ve taken so much confidence from their comeback win over the Knicks on Friday, but it’s going to be tough to replicate that effort against the Bucks who are just about at full strength for this one. I think the Bucks get the win at home behind big games from Antetokounmpo and Holiday, but I like the Suns to hang around long enough to get the cover.