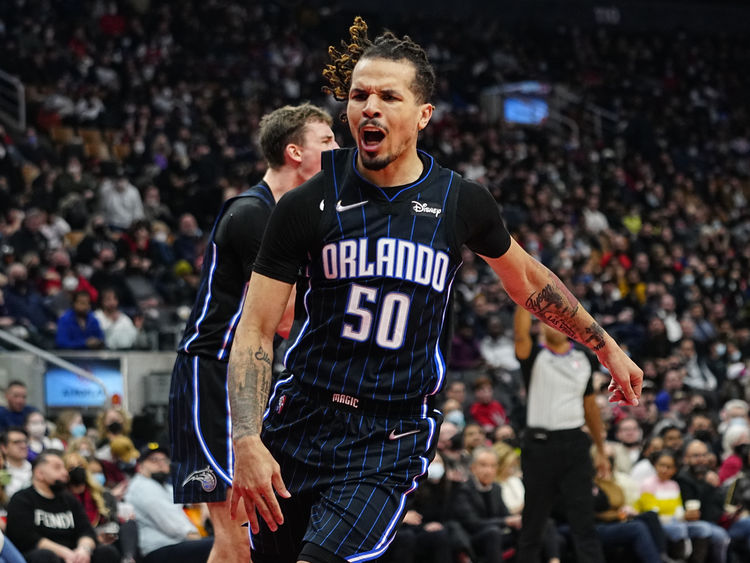 The Memphis Grizzlies play host to the Orlando Magic at the FedFexForum on Saturday night.

The Orlando Magic have come to life with three wins in their past four outings and they will be aiming to stay hot after beating the Raptors in a 103-97 road win last night. Cole Anthony led the team with 15 points, 12 rebounds and five assists, Jalen Suggs added 15 points with six rebounds and seven assists, Mo Bamba added 14 points while Chuma Okeke chipped in with 10 points and 11 rebounds. As a team, the Magic shot just 37 percent from the field and 11 of 37 from the 3-pointline, but this win was all about their defense as they put the clamps on the Raptors and held them to just 60 points after three quarters to lead by as many as 15 points, before holding off a late rally to escape with the narrow win.

Meanwhile, the Memphis Grizzlies have been in great shape as they’ve won eight of their past 11 games, but they will be hoping to bounce back in this one after getting routed by the Celtics in a 120-107 road loss on Thursday. Ja Morant continued his hot form with 38 points and seven assists on 13 of 29 shooting, Jaren Jackson Jr. added 20 points while Desmond Bane chipped in with 17 points, but no other player finished in double figures in scoring. As a team, the Grizzlies shot just 42 percent from the field and 13 of 40 from the 3-point line as they kept pace with the Celtics in a tight contest, until the second half where the Celtics exploded for 73 points. The Grizzlies couldn’t don’t with more production from their bench as Tyus Jones scored just three points on one of six shooting while DeAnthony Melton scored just five points on two of seven shooting.

The Magic were struggling for most of the season but they’ve come alive with three wins in their last four games and they would’ve taken plenty of confidence from last night’s win over the Raptors. The Grizzlies are coming into this one fresh off a loss, but they were rolling before losing to the Celtics and Morant has been in fantastic form. I can’t see anything but a win for the Grizzlies, but with the line so hefty, I’m going to have to take the Magic to hang around and get the cover.