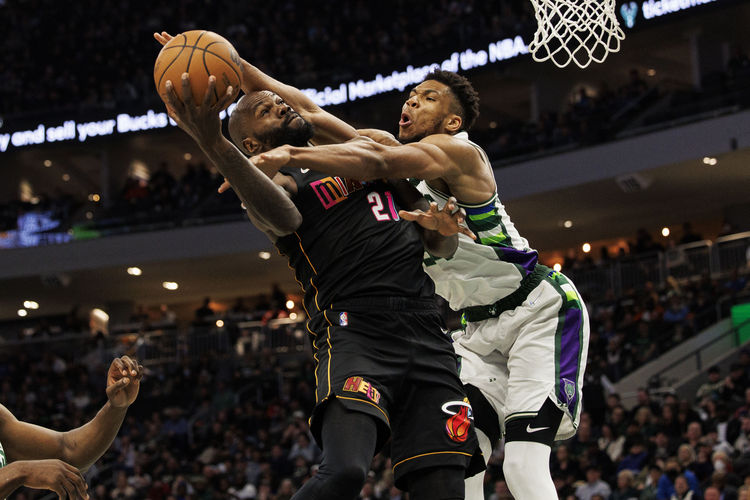 The Milwaukee Bucks pay a visit to the Chicago Bulls at the United Center on Friday night.

The Milwaukee Bucks have been in a bit of a rut as they’ve lost four of their last seven games overall, but they will be aiming for a third straight victory after outlasting the Heat in a 120-119 win on Wednesday. Giannis Antetokounmpo led the team with 28 points with 17 rebounds and five assists, Khris Middleton added 26 points while Jrue Holiday chipped in with 25 points and 11 assists. As a team, the Bucks shot 45 percent from the field and 14 of 36 from the 3-point line as they squandered an early 10-point lead to trail by as many as 14 points midway through the fourth quarter before they closed the game on a 21-6 run in the final 5:49 to steal the game on a go-ahead layup from Holiday with just 1.9 seconds left on the clock.

Meanwhile, the Chicago Bulls look to have completely cooled off from their six-game win streak as they’ve now lost three on the trot after coming up short to the Hawks in a 130-124 road loss last night. DeMar DeRozan led the team with 22 points, seven rebounds and eight assists, Zach LaVine added 22 points with seven assists while Nikola Vucevic tallied 21 points with 11 rebounds and five assists. As a team, the Bulls shot a sizzling 59 percent from the field and 14 of 26 from the 3-point line as they set the tone with 35 points in the first quarter to lead for most of the game until late in the fourth quarter where the Hawks sprung a decisive 11-0 run to snatch the game from them in the end.

Head to head, the under is 4-1 in the last five meetings overall and the Bucks are 9-1 ATS in the last 10 meetings in Chicago.

These two teams have only met once so far this season with the Bucks winning by 94-90 back on Jan 21. The Bucks have been below their best lately, but they would’ve taken so much confidence from their impressive comeback win over the Heat in their last outing and they have the advantage of extra days’ rest compared to the Bulls who are playing their second game of a back to back set. This should be a close one, but the Bucks are 9-1 ATS in the last 10 meetings in Chicago and I think that trend continues as they get the win and cover on the road.