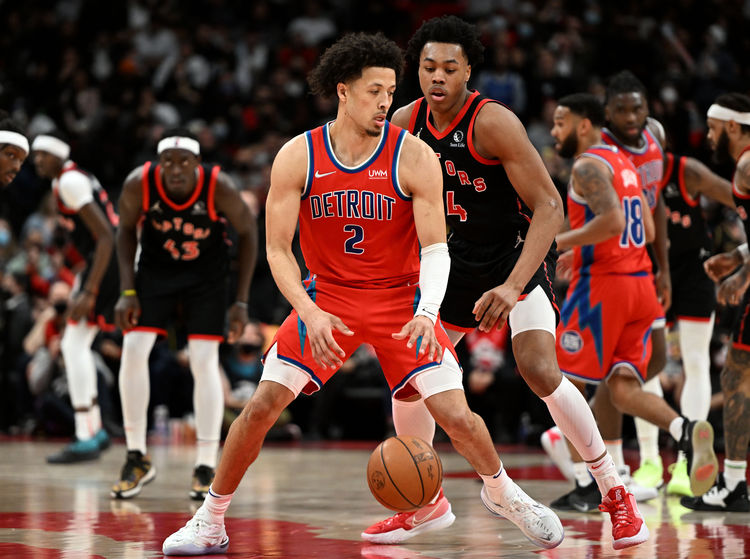 The Indiana Pacers pay a visit to the Detroit Pistons at Little Caesars Arena on Friday night.

The Indiana Pacers have been in decent shape as they’ve won three of their last five games overall and they will be looking to stay hot after taking down the Magic in a 122-114 overtime road win on Wednesday. Malcolm Brogdon led the team with 31 points, 11 rebounds and eight assists, Tyrese Haliburton added 21 points with six assists, Buddy Hield scored 17 points while Isaiah Jackson chipped in with 17 points and seven rebounds on eight of eight shooting. As a team, the Pacers shot just 43 percent from the field and 12 of 37 from the 3-point line as they rallied back from an 18-point deficit in the fourth quarter to force overtime where they held the Magic to just four points to escape with the impressive comeback victory. Duane Washington Jr. had a rough game of just three points on one of nine shooting while Oshae Brissett scored just six points on one of seven shooting.

Meanwhile, the Detroit Pistons have come to life with four wins in their past six games overall and they will be looking to stay hot after outlasting the Raptors in a 108-106 road win last night. Jerami Grant led the team with 26 points and four assists, Saddiq Bey added 23 points while Cade Cunningham chipped in with 22 points, 12 rebounds and five assists. As a team, the Pistons shot 45 percent from the field and 11 of 37 from the 3-point line as they really took it to the Raptors and went on a 20-7 run in the third quarter to build an 18-point lead which proved to be just enough in the end as the Raptors cut the lead to just one point with 37.7 seconds remaining.

The Pacers will again be without TJ McConnell and Myles Turner while Chris Duarte is listed as questionable. The Pistons are also shorthanded as they will be without Marvin Bagley while Frank Jackson is listed as day to day. The Pacers have been on a nice run ever since they got Brogdon back in the lineup and they would’ve taken plenty of confidence from their overtime win over the Magic on Wednesday, but the Pistons are quietly playing their best basketball of the season and they just took down the Raptors. The Pacers are 2-6-1 ATS in the last nine meetings overall and I think that trend continues here as the Pistons continue their nice run.