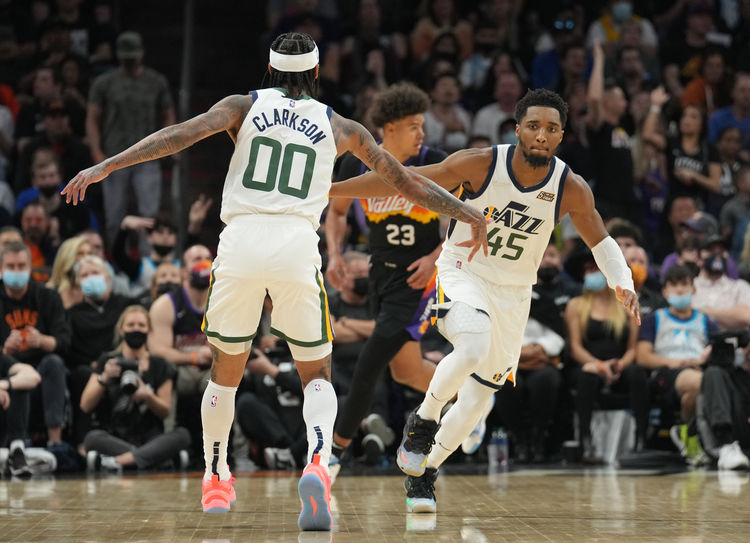 The Utah Jazz pay a visit to the Houston Rockets at the Toyota Center on Wednesday night.

The Utah Jazz have been on a tear as they’ve won eight of their last nine games overall and they will be aiming for a third straight win after outlasting the Suns in a 118-114 road win on Sunday. Donovan Mitchell led the team with 26 points and five assists, Jordan Clarkson added 22 points off the bench while Rudy Gobert chipped in with 16 points, 14 rebounds and three blocks. As a team, the Jazz shot 46 percent from the field and 17 of 40 from the 3-point line as they poured in 38 points in the third quarter to rally back from an early 14-point deficit to take a 10-point lead late in the fourth quarter which proved to be just enough in the end as the Suns rallied late.

Meanwhile, the Houston Rockets have been in terrible shape as they’ve lost 14 of their last 15 games overall and they will be hoping to put a halt to a 10-game losing streak after getting routed by the Clippers in a 113-100 loss last night. Jalen Green led the team with 20 points on nine of 21 shooting, Christian Wood added 17 points with eight rebounds and three blocks while Jae’Sean Tate chipped in with 12 points and nine rebounds. As a team, the Rockets shot just 39 percent from the field and 13 of 39 from the 3-point line as they held the Clippers to just 20 points in the second quarter to take the lead into halftime, before getting completely blown out in the third quarter where they allowed 40 points as the Clippers’ starters ran riot.

Head to head, the under is 9-3 in the last 12 meetings overall and the Jazz are 4-0 ATS in the last four meetings in Houston.

The Jazz are leading the regular season series by 2-1 and both of their wins were absolute blowouts, so while I think the Rockets can hang around in the first half, when it’s all said and done, I think the Jazz finish with a flurry to win big in the end. The Rockets have been the coldest team in the league and they are playing a second game of a back to back set, so I like the Jazz to run riot in this one.