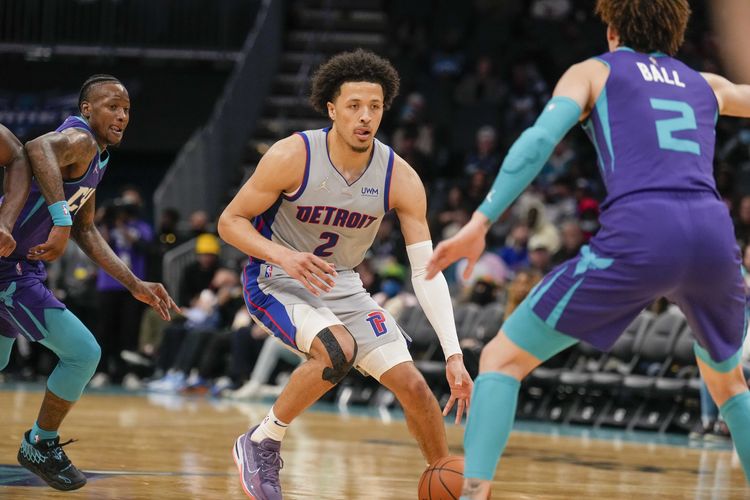 The Detroit Pistons and the Washington Wizards duke it out at the Capital One Arena on Tuesday night.

The Detroit Pistons have come to life with three wins in their last four games overall and they will be looking to stay hot after outlasting the Hornets in a 126-126 road overtime win on Sunday. Saddiq Bey led the team with 28 points with eight rebounds and three assists, Jerami Grant added 26 points, Kelly Olynyk scored 20 points off the bench while Cade Cunningham chipped in with 19 points and six assists. As a team, the Pistons shot 45 percent from the field and 14 of 40 from the 3-point line as they turned it over on their final chance to win the game in regulation, before making up for it in the overtime period where Kelly Olynyk drained the game-winning shot at the buzzer to snatch the game from the Hornets.

Meanwhile, the Washington Wizards have been in rough shape as they’ve lost six of their last nine games overall and they will be hoping to snap a two-game skid after getting stopped by the Cavaliers in a 92-86 road loss on Saturday. Kyle Kuzma led the team with 34 points, 13 rebounds and two blocks, Daniel Gafford added 14 points while Kentavious Caldwell-Pope chipped in with 13 points. As a team, the Cavaliers shot just 43 percent from the field and 11 of 23 from the 3-point line as they kept pace with the Cavaliers for most of the game, until the fourth quarter where they managed just 16 points to allow the Cavaliers to slip away in the end. Ish Smith scored just five points on two of 10 shooting off the bench while Raul Neto scored just four points on two of 10 shooting.

Head to head, the under is 5-1 in the last six meetings overall and the Pistons are 1-10 ATS in the last 11 meetings in Washington.

The Pistons will again be without Frank Jackson, while Marvin Bagley and Hamidou Diallo are both listed as questionable, while the Wizards will be missing Bradley Beal, and Kristaps Porzingis once again. The Pistons have really started to turn things around with three wins in their last four outings and they would’ve taken plenty of confidence from their overtime in on Sunday, so while the Wizards need a win to snap out of their funk, I’m going with the Pistons with the points in a game they could win outright.