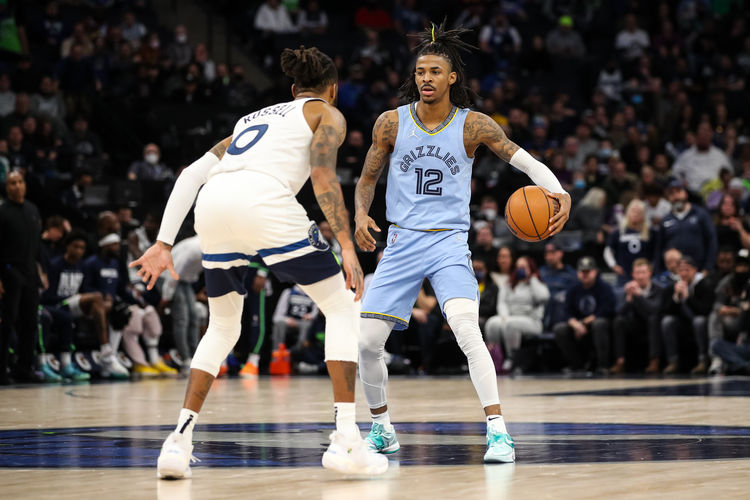 The Memphis Grizzlies invade the United Center to do battle with the Chicago Bulls on Saturday night.

The Memphis Grizzlies have been in great shape as they’ve won nine of their past 12 games overall, but they will be hoping to snap a two-game skid after getting stopped by the Timberwolves in a 119-114 road loss on Thursday. Jaren Jackson Jr. and Ziaire Williams each scored 21 points, Ja Morant tallied 20 points with eight rebounds and four assists while Desmond Bane chipped in with 14 points. As a team, the Grizzlies shot just 38 percent from the field and nine of 31 from the 3-point line as they squandered an early 15-point lead, before going ice-cold in the final 1:39 where they missed their final four shots to allow the Timberwolves to snatch the game from them in the end. Morant had a night to forget as he shot just seven of 25 from the field and zero of four from the 3-point line while Tyus Jones finished with just three points on one of six shooting off the bench.

Meanwhile, the Chicago Bulls have been building nicely as they are now on a six-game win streak after outlasting the Hawks in a 112-108 home win on Thursday. DeMar DeRozan led the team with 37 points on 15 of 21 shooting, Zach LaVine added 20 points while Nikola Vucevic chipped in with 12 points, 10 rebounds and two blocks. As a team, the Bulls shot 48 percent from the field and eight of 27 from the 3-point line as they went back and forth with the Hawks in a close contest, before rallying in the fourth quarter to close the final 46.9 seconds on a 7-0 run to steal the game late.

Head to head, the under is 3-1-2 in the last six meetings overall.

The Grizzlies were one of the hottest teams in the league before running into a streaky Timberwolves team on Thursday, so they will be eager to get back in the win column, but it won’t be easy against an in-form Bulls team led by DeRozan who has been on fire lately. It’s tough to split these two teams at the moment, but I’m leaning towards the Grizzlies to bounce back with a narrow win here.