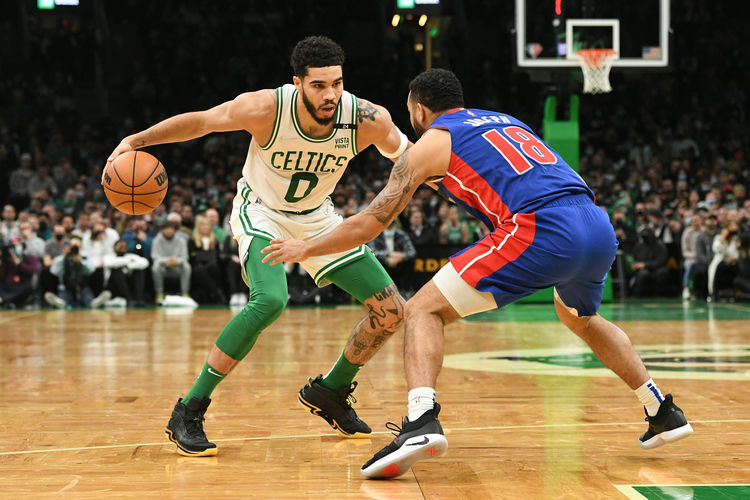 The Boston Celtics and the Detroit Pistons duke it out at Little Caesars Arena on Saturday afternoon.

The Boston Celtics have been on fire as they’ve won 10 of their last 11 games overall and they will be looking to stay hot after making light work of the depleted Nets in a 129-106 road win on Thursday. Jayson Tatum led the team with 30 points, seven rebounds and four assists, Jaylen Brown added 18 points with six assists, Marcus Smart added 15 points with six assists while Al Horford chipped in with 11 points and 13 rebounds. As a team, the Celtics shot a healthy 54 percent from the field and 17 of 42 from the 3-point line as they dominated right from the start and poured in 35 points in the first quarter to take the early double-digit lead, before going on another run in the third quarter to push the lead out to 29 points.

Meanwhile, the Detroit Pistons have lost 12 of their past 15 games overall, but they will be aiming for a season-high third straight victory after outlasting the Cavaliers in a 106-103 home win on Thursday. Hamidou Diallo led the team in scoring with 21 points off the bench, Cade Cunningham added 17 points with six assists while Jerami Grant and Marvin Bagley each scored 16 points. As a team, the Pistons shot just 40 percent from the field and 11 of 34 from the 3-point line as they squandered an 11-point lead in the fourth quarter, but they won behind their defense as they stopped the Cavaliers on their final four possessions to escape with the upset win.

The Celtics have quietly been one of the hottest teams in the league lately so it’s no surprise that they’ve opened as heavy favorites in this one. The Pistons have been struggling all season, but they’ve come to life with two upset wins and they’ve already beaten the Celtics by 112-111 just before the All-Star break. The line is quite hefty, but I like the Celtics to maintain their momentum with a big win and cover in this one.