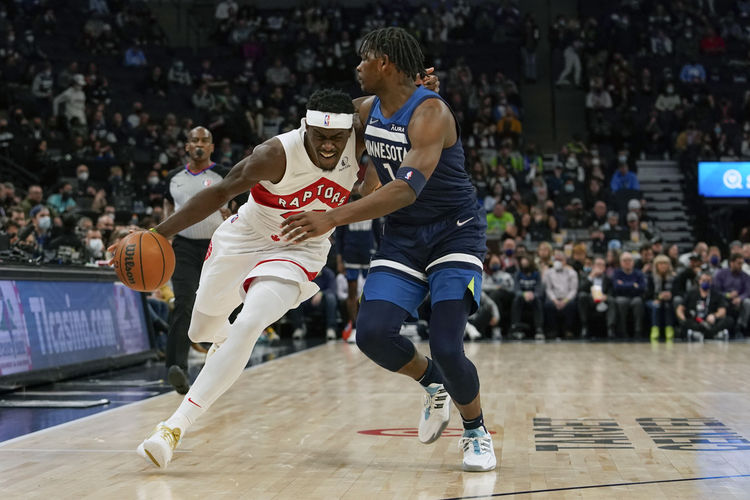 The Toronto Raptors and the Charlotte Hornets collide at the Spectrum Center on Friday night.

The Toronto Raptors have been in great shape as they’ve won nine of their past 11 games overall and they will be looking to stay hot after taking down the Timberwolves in a 103-91 road win last Wednesday. Gary Trent Jr. led the team with 30 points on 10 of 24 shooting, Pascal Siakam added 17 points with nine rebounds and nine assists while Precious Achiuwa chipped in with 11 points off the bench. As a team, the Raptors shot 45 percent from the field and eight of 25 from the 3-point line as they squandered an early 13-point lead, before making up for it in the fourth quarter where they dominated the Timberwolves by 31-17 to finish on a high note going into the All-Star break.

Meanwhile, the Charlotte Hornets have been in a major slump as they’ve lost nine of their past 10 games overall and they will be hoping to arrest a three-game slide after coming up short in a 111-107 double overtime loss to the Heat on Thursday. Miles Bridges led the team with 29 points with 11 rebounds, Montrezl Harrell added 24 points while PJ Washington and Kelly Oubre Jr. each scored 15 points. As a team, the Hornets shot just 40 percent from the field and 10 of 42 from the 3-point line as they surrendered an early 14-point lead in regulation, before falling victim to a 7-0 run in the second overtime to finish on the wrong side of the scoreboard. LaMelo Ball tallied a triple-double of 14 points with 10 rebounds and 14 assists, but Terry Rozier finished with just five points on two of nine shooting.

The Raptors will be sweating on the availability of Fred VanVleet who is listed as questionable with a knee injury, while the Hornets will again be missing Gordon Hayward and Jalen McDaniels. The Raptors are clearly the team in better form and they’ve got plenty to play for as they look to charge towards the playoffs while the Hornets will take any win they can get after losing nine of their last 10 games. This should be a close one, but I’m sticking with the Raptors to get the win and cover behind a big game from Siakam.