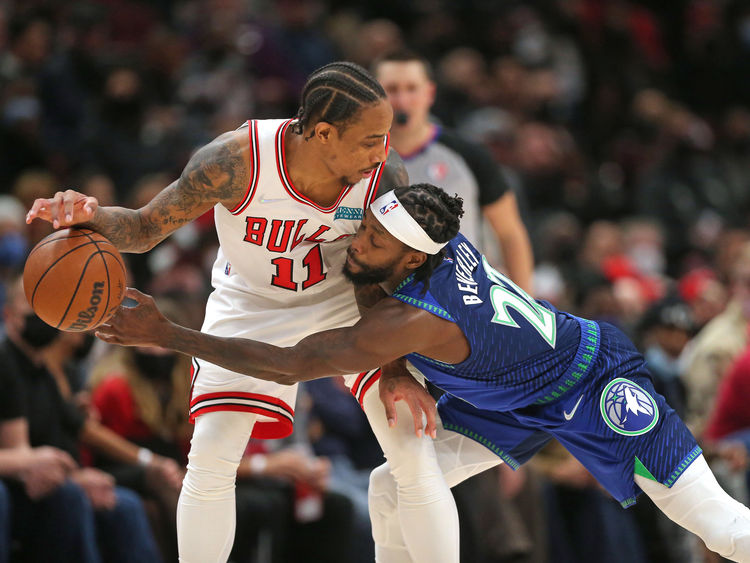 The San Antonio Spurs and the Chicago Bulls collide at the United Center on Monday night.

The San Antonio Spurs have come to life with three wins in their past four games overall and they will be aiming for a third straight win after routing the Pelicans in a 124-114 road win on Saturday. Dejounte Murray led the team with 31 points and 12 assists, Lonnie Walker added 17 points off the bench, Keldon Johnson scored 16 points while Doug McDermott chipped in with 15 points. As a team, the Spurs shot 50 percent from the field and 14 of 37 from the 3-point line as they set the tone with 37 points in the first quarter to take the narrow lead into halftime, before exploding for 39 points in the third quarter to push the lead out to 18 points.

Meanwhile, the Chicago Bulls have been in decent shape as they’ve won eight of their past 12 games overall and they will be gunning for a fourth straight win after sneaking past the Thunder in a 106-101 home win on Saturday. DeMar DeRozan led the team with 38 points, six rebounds and five assists, Nikola Vucevic added 31 points with 15 rebounds and two blocks while Coby White chipped in with 16 points, nine rebounds and five assists. As a team, the Bulls shot 44 percent from the field and seven of 25 from the 3-point line as they got off to a sluggish start and trailed for most of the first half, but they kept pace with the Thunder and used a decisive 8-0 run late in the fourth quarter to escape with the narrow win.

The Bulls are going to be shorthanded once again as Alex Caruso, Patrick Williams, Lonzo Ball and Zach LaVine are all out, while the Spurs will be missing Keita Bates-Diop who is listed as questionable for this one. The Spurs have woken up with three wins in their last four, but the Bulls are still the team in better form despite all their injuries. You can make an argument for either side, but the Spurs are 4-0 ATS in the last four meetings overall and I think they represent decent value as underdogs in this spot.