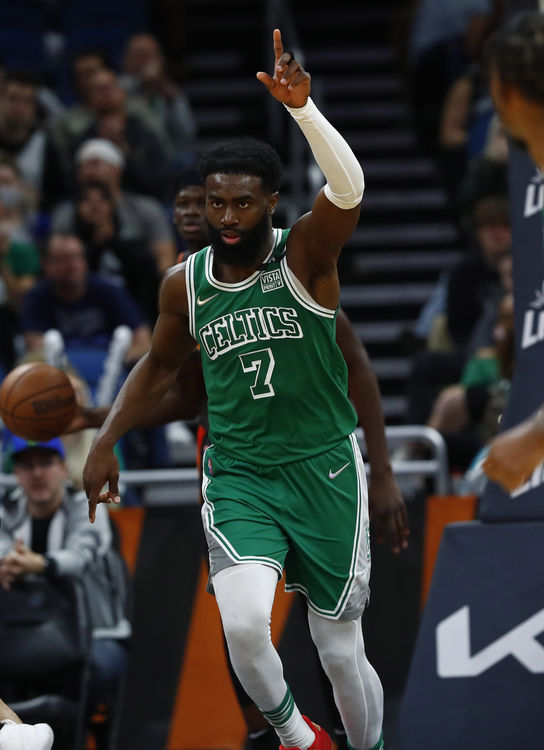 The Boston Celtics and the Brooklyn Nets duke it out at the Barclays Center on Tuesday night.

The Boston Celtics have been on fire lately as they’ve won seven of their past eight games and they will be gunning for a season-high sixth straight victory after blowing past the struggling Magic in a 116-83 road win on Sunday. Jaylen Brown led the team with 26 points, Dennis Schroder added 22 points off the bench while Jayson Tatum tallied 15 points with nine rebounds and seven assists. As a team, the Celtics shot 45 percent from the field and 13 of 46 from the 3-point line as they set the tone behind their defense, holding the Magic to just 15 points in the first quarter to take the early lead, before exploding for 38 points in the fourth quarter to make it a complete blowout. Josh Richardson had a night to forget as he finished scoreless on zero of eight shooting.

Meanwhile, the Brooklyn Nets have been mired in their worst slump of the season as they are currently on an eight-game losing streak after getting routed by the Nuggets in a 124-104 road loss on Sunday. Kyrie Irving led the team with 27 points and 11 assists, Cam Thomas added 20 points while Blake Griffin chipped in with 19 points. As a team, the Nets shot just 41 percent from the field and 16 of 41 from the 3-point line as they poured in 40 points in the first quarter to keep pace with the Nuggets in the first half, but they went ice-cold and managed just 29 points in the second half to lose big in the end.

The Nets will again be shorthanded as LaMarcus Aldridge and Kevin Durant are still out, Irving will sit this one out while James Harden is listed as questionable. The Celtics are clearly the team in better form and they’re playing some of their best basketball of the season, so I’m going to keep it simple. I’ll stick with the Celtics to stay hot with another win and cover in this spot.