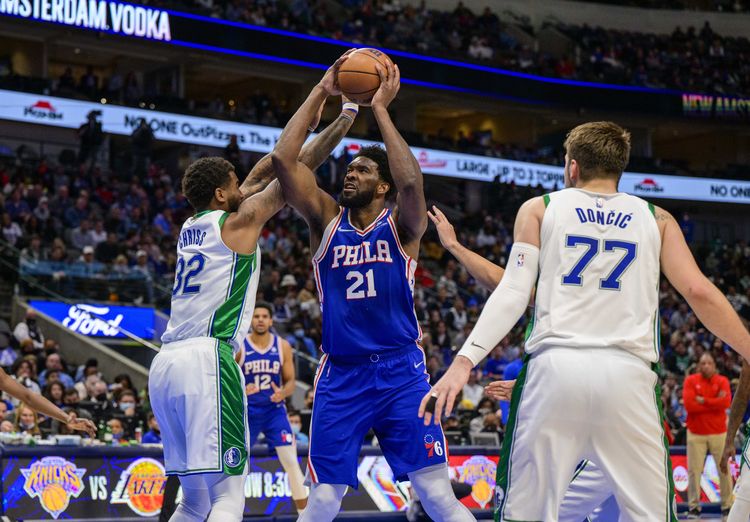 The Philadelphia 76ers invade the United Center to take on the Chicago Bulls on Sunday afternoon.

The Philadelphia 76ers have been in great form as they’ve won six of their past nine games, but they will be hoping to snap a two-game skid after coming up short against the Mavericks in a 107-98 home loss on Friday. Joel Embiid led the team with 27 points, 13 rebounds and four assists, Tyrese Maxey added 18 points with six assists while Tobias Harris and Georges Niang each scored 15 points. As a team, the 76ers shot 51 percent from the field and nine of 27 from the 3-point line as they got off to a quick start and led by as many as 16 points in the first half, before they saw their hard work go down the drain in the third quarter where they got outscored by 32-15 to trail the rest of the way.

Meanwhile, the Chicago Bulls have been in strong form as well as they’ve won five of their past seven games overall and they will be looking to stay hot after taking down the Pacers in a 122-115 road win on Friday. Nikola Vucevic led the team with 36 points, 17 rebounds and three blocks on 16 of 21 shooting, DeMar DeRozan added 31 points with seven assists while Ayo Dosunmu chiopped in with 15 points and 14 assists. As a team, the Bulls shot 54 percent from the field and just six of 26 from the 3-point line as they set the tone with 40 points in the first quarter to take the early lead, before going on a 15-6 run in the fourth quarter to escape with the win.

The 76ers are coming into this one with plenty of momentum but they are going to be shorthanded once again as Shake Milton is still out, while Matisse Thybulle and Furkan Korkmaz are both listed as questionable for this one. It’s a similar story for the Bulls who have won five of their past seven games to remain at the top of the Eastern Conference standings. It’s hard to pick between these two teams, but the 76ers are 5-2 ATS in their last seven road game sand 4-0 ATS in the last four meetings against the Bulls in Chicago, so I’m sticking with the 76ers in a close one.