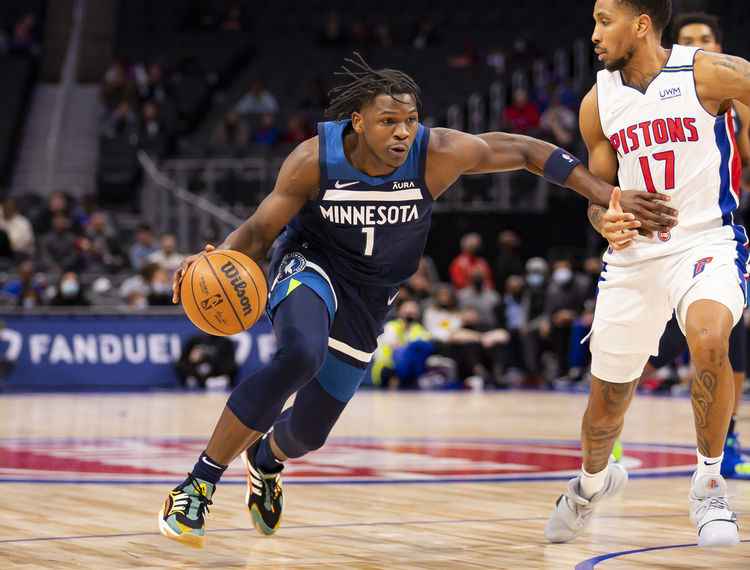 The Minnesota Timberwolves play host to the Detroit Pistons at the Target Center on Sunday afternoon.

The Detroit Pistons have been in a real slump as they’ve lost seven of their past eight games and they will be hoping to put an end to a three-game skid after falling short against the Celtics in a 102-93 home loss on Friday. Hamidou Diallo led the team with 21 points and 14 rebounds, Saddiq Bey added 21 points and four assists while Killian Hayes chipped in with 11 points and five assists off the bench. As a team, the Pistons shot a miserly 32 percent from the field and 10 of 26 from the 3-point line as they got off to an ugly start and never looked threatening after managing just 31 points in the first half. Jerami Grant finished with just 10 points on three of 12 shooting while Isaiah Stewart finished with just six points on three of 11 shooting.

Meanwhile, the Minnesota Timberwolves have been in great shape as they’ve won seven of their past 10 games overall and they will be gunning for a fourth straight victory after taking down the Pistons in a 128-117 road win on Thursday. Anthony Edwards led the team with 25 points, Taurean Prince provided the spark off the bench with 23 points on eight of 13 shooting while Karl-Anthony Towns tallied 21 points with 14 rebounds and four assists. As a team, the Timberwolves shot over 50 percent from the field and 15 of 34 from the 3-point line as they allowed the Pistons to get off to a hot start to trail going into halftime, but they never trailed again after taking control with 38 points in the third quarter.

The Pistons will again be without Isaiah Livers, Josh Jackson and Jamorko Pickett, while Cade Cunningham is listed as questionable for this one. The Timberwolves will again be without Josh Okogie and maybe Patrick Beverley, but the good news is that D’Angelo Russell is looking like he’ll be available for this one which is a major boost for the Timberwolves. The line is hefty in this one, so you could make an argument for the Pistons to get the cover, but the Timberwolves have quietly been playing some of their best basketball of the season and they will be buoyed by the return of Russell, so I’m sticking with Minnesota to get the job done at home.