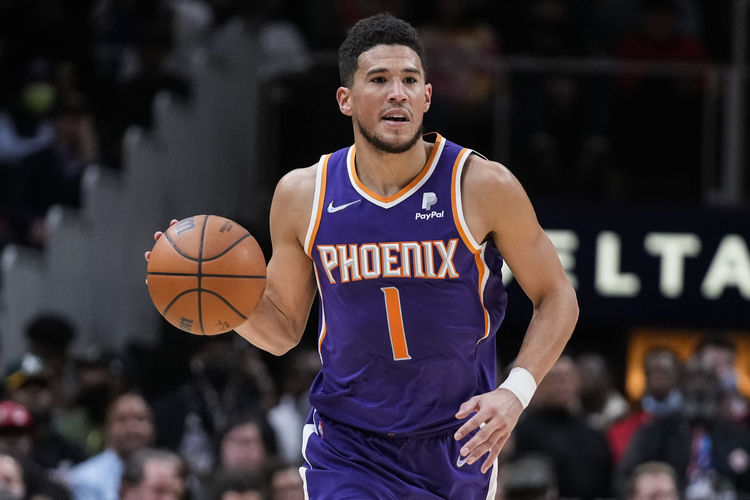 The Phoenix Suns and the Washington Wizards duke it out at the Capital One Arena on Saturday night.

The Phoenix Suns have been in red-hot form as they’ve won 14 of their past 16 games overall, but they will be hoping to bounce back in this one after having their 11-game win streak halted by the Hawks in a 124-115 road loss on Thursday. Devin Booker led the team with 32 points on 13 of 27 shooting, Mikal Bridges added 24 points with eight rebounds and four assists while Chris Paul tallied 18 points with 12 assists. As a team, the Suns shot 52 percent from the field and nine of 32 from the 3-point line as they kept pace with the Hawks until the third quarter where they allowed 36 points to trail the rest of the way.

Meanwhile, the Washington Wizards have been in a real slump as they’ve lost seven of their past nine games, but they will be eager to build some momentum after snapping a six-game slide with a 106-103 road win over the 76ers on Wednesday. Kyle Kuzma led the team with 24 points, seven rebounds and three blocks, Spencer Dinwiddie compiled a triple-double of 14 points with 12 rebounds and 10 assists while Montrezl Harrell chipped in with 14 points on seven of 10 shooting off the bench. As a team, the Wizards shot 45 percent from the field and nine of 22 from the 3-point line as they went back and forth with the 76ers in a close contest, until the fourth quarter where they closed the final 4:27 on a 16-8 run to escape with the narrow win.

The Suns are shorthanded once again as Landry Shamet, Abdel Nader and Cameron Payne are all out, while the Wizards will again be missing Bradley Beal who should be re-evaluated in a few days. The Wizards were in a major slump before snapping out of it with an upset win over the 76ers, but they’ve been anything but consistent this season and they’re still without Beal. The Suns are 12-3 ATS in the last 15 meetings in Washington and I think that trend continues here as the Suns bounce back with a big win here.