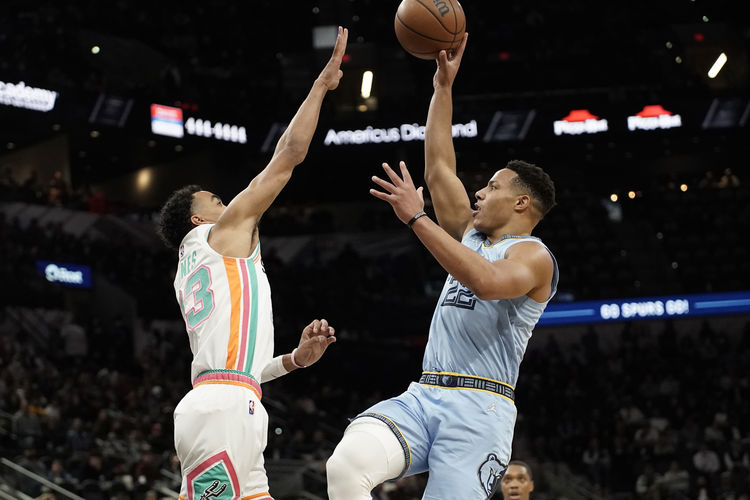 The Memphis Grizzlies pay a visit to the Orlando Magic at the Amway Center on Saturday night.

The Memphis Grizzlies have been in fine form as they’ve won five of their past seven games and they will be hoping to stay hot after blowing past the Knicks in a 120-108 road win on Wednesday. Jaren Jackson Jr. led the team with 26 points, 10 rebounds and two blocks, Ja Morant added 23 points with nine assists while Ziaire Williams chipped in with 21 points on nine of 11 shooting. As a team, the Grizzlies shot just 43 percent from the field and 16 of 39 from the 3-point line as they set the tone with 35 points in the first quarter to take the early lead and they just never let off until the lead ballooned to 19 points. Desmond Bane had a night to forget as he shot just four of 18 for his 13 points while Morant shot just nine of 27 from the field.

Meanwhile, the Orlando Magic have been in decent shape as they’ve won four of their past six games overall and they will be looking to stay hot after outlasting the Pacers in a 119-118 road win on Wednesday. Gary Harris drained six 3-pointers to lead the team with 22 points and five assists off the bench, Wendell Carter Jr. added 19 points with 18 rebounds while Franz Wagner scored 17 points. As a team, the Magic shot 44 percent from the field and 11 of 35 from the 3-point line as they as they struggled in the first half and had to claw back from a 17-point deficit in the third quarter, before using a 19-8 run in the fourth quarter to complete the comeback. Cole Anthony had a mixed night as he scored 15 points with eight assists but shot a miserly two of 15 from the field.

The Magic will again be without E’Twaun Moore, RJ Hampton, Markelle Fultz and Michael Carter-Williams, while the Grizzlies are still without Dillon Brooks while Ja Morant is listed as day to day. The Grizzlies have been one of the hottest teams in the league lately and they’ve shown in the past that they can keep winning games even if Morant sits out. The Grizzlies are 15-4 ATS in their last 19 road games and I think that trend continues here.