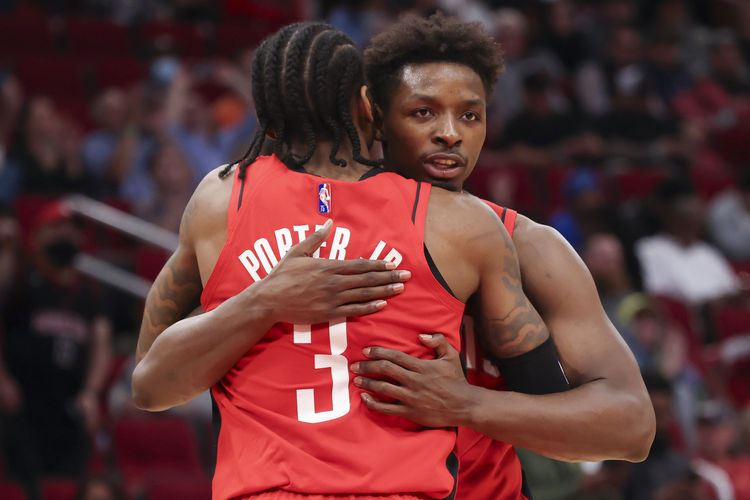 The Houston Rockets and the San Antonio Spurs duke it out at the AT&T Center on Friday night.

The Houston Rockets have been in a real funk as they’ve lost eight of their past 12 games, but they will be eager to build some momentum after arresting a four-game slide with a 115-104 home win over the Cavaliers on Wednesday. Christian Wood and Jalen Green each scored 21 points, Kevin Porter Jr. and Garrison Matthews each scored 16 points while Eric Gordon chipped in with 11 points. As a team, the Rockets shot 47 percent from the field and 14 of 40 from the 3-point line as they used an 18-8 run in the second quarter to take an 11-point lead into halftime, before going on a decisive 10-0 run late in the fourth quarter to win comfortably in the end.

Meanwhile, the San Antonio Spurs have been in a slump as they’ve lost six of their past eight games and they will be hoping to snap a three-game slide after getting blown out by the Heat in a 112-95 home loss last night. Derrick White led the team in scoring with 22 points on seven of 11 shooting while Tyus Jones added 16 points, but no other player scored more than eight points. As a team, the Spurs shot just 37 percent from the field and eight of 33 from the 3-point line as they struggled to match the Heat early on and trailed by 10 points at halftime and things only got worse in the third quarter where they managed just 19 points to trail by as many as 26 points. Keldon Johnson scored just seven points on three of 12 shooting while Joshua Primo scored just four points on one of 13 shooting off the bench.

The Rockets have been one of the coldest teams in the league all season, but they are coming into this meeting with plenty of confidence after taking down the in-form Cavaliers on Wednesday. The Spurs have been in terrible shape lately and they will be hoping for a better showing after last night’s embarrassing loss to the shorthanded Heat. It’s hard to pick between these two struggling teams, but the Spurs beat the Rockets by 134-104 last Tuesday, so I’m backing the Rockets to get the revenge in a close one.