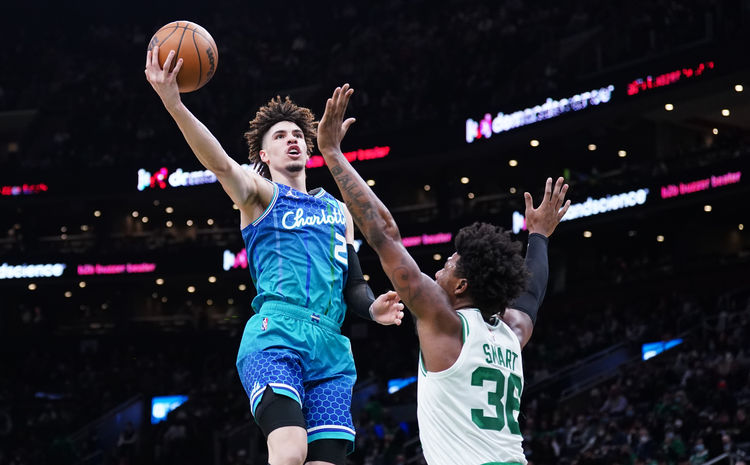 The Cleveland Cavaliers pay a visit to the Charlotte Hornets at the Spectrum Center on Friday night.

The Cleveland Cavaliers have been in great shape as they’ve won nine of their past 12 games overall, but they will be hoping to bounce back in this one after falling short to the Rockets in a 115-104 road loss on Wednesday. Evan Mobley led the team with 29 points and 12 rebounds, Kevin Love added 21 points with 13 rebounds and three assists while Cedi Osman chipped in with 13 points. As a team, the Cavaliers shot 51 percent from the field and seven of 21 from the 3-point line as they struggled to get going and fell behind by 11 points at halftime, and things didn’t get much better in the second half as the Rockets were able to respond each time the Cavaliers went on a little run.

Meanwhile, the Charlotte Hornets have been in a rut as they’ve lost four of their past six games overall and they will be hoping to snap a two-game skid after getting stopped by the Celtics in a 113-107 road loss on Wednesday. LaMelo Ball led the team with 38 points and nine assists, Terry Rozier added 23 points on 10 of 22 shooting while PJ Washington chipped in with 16 points. As a team, the Hornets shot just 42 percent from the field and 12 of 40 from the 3-point line as they rallied back from an early 12-point deficit to keep pace with the Celtics in the first half only to go ice-cold when it mattered most as they went scoreless in the final 1:01 to allow the Celtics to snatch the game from them late. Kelly Oubre Jr. had a rough shooting night as he made just three of 12 from the field while Miles Bridges finished with just six points on two of eight shooting.

The Cavaliers will again be without Darius Garland, Lauri Markkanen and Ricky Rubio, while the Hornets are missing Jalen McDaniels, while Gordon Hayward is currently listed as questionable. The Cavaliers are coming into this meeting as the team in better form, but we saw how much they’ve missed Darius Garland in Wednesday’s loss to the lowly Rockets, so it’s tough to back them in this one. The Hornets have cooled off a bit lately, but they were more than competitive in their narrow loss to the Celtics and Ball is coming into this one fresh off a 38-point night. This should be a close one, but the Hornets are 18-5 ATS in their last 23 games against a team with a winning record and I think that trend continues here as the Hornets get the narrow win and cover.