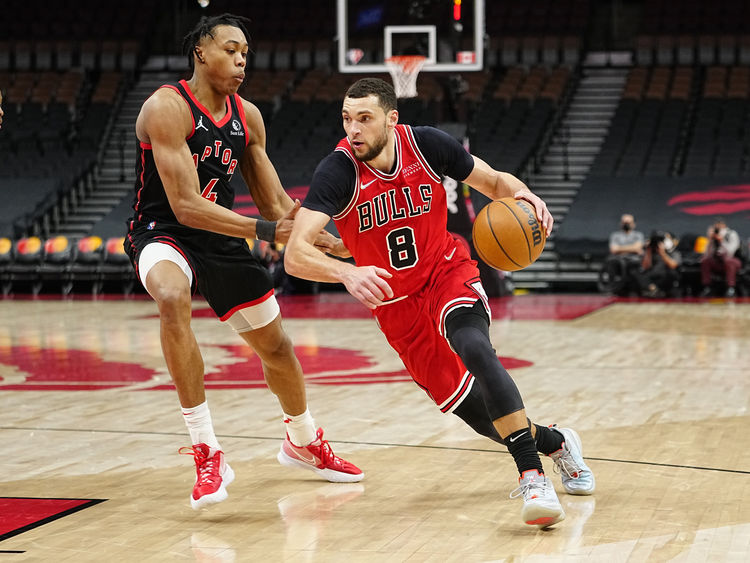 The Chicago Bulls and the Indiana Pacers duke it out at the Gainbridge Fieldhouse on Friday night.

The Chicago Bulls have been in decent shape as they’ve won four of their past six games overall, but they will be hoping to bounce back after getting stopped in their tracks by the Raptors in a 127-120 overtime road loss last night. Nikola Vucevic led the team with 30 points, 18 rebounds and four assists, DeMar DeRozan added 28 points with seven assists while Zach LaVine chipped in with 15 points and seven assists off the bench. As a team, the Bulls shot 47 percent from the field and 12 of 29 from the 3-point line as they rallied back from an 11-point deficit to force overtime, only to come up painfully short as the Raptors closed the final 2:38 on a 7-0 to snatch the game from them late.

Meanwhile, the Indiana Pacers have been in a slump as they’ve lost nine of their past 13 games overall and they will be hoping to bounce back after falling painfully short to the Magic in a 119-118 loss on Wednesday. Caris LeVert led the team with 26 points and five assists, Terry Taylor added 24 points with 16 rebounds and three assists while Torrey Craig chipped in with 22 points. As a team, the Pacers shot 44 percent from the field and 14 of 32 from the 3-point line as they looked to be in full control after pouring in 67 points in the first half to lead by as many as 17 points, but they just never put away the Magic and it cost them as the Magic edged them out on free throws in the final seconds.

The Bulls were on a nice run before coming up just short to the Raptors in an overtime loss last night, so they will be playing this one on zero days’ rest. The Pacers will be without a host of players including Malcolm Brogdon, Domantas Sabonis and Goga Bitadze while Oshae Brissett is listed as day to day. The Pacers should be good enough to hang around in this one, but I’m still taking the Bulls to bounce back with a win and cover here.