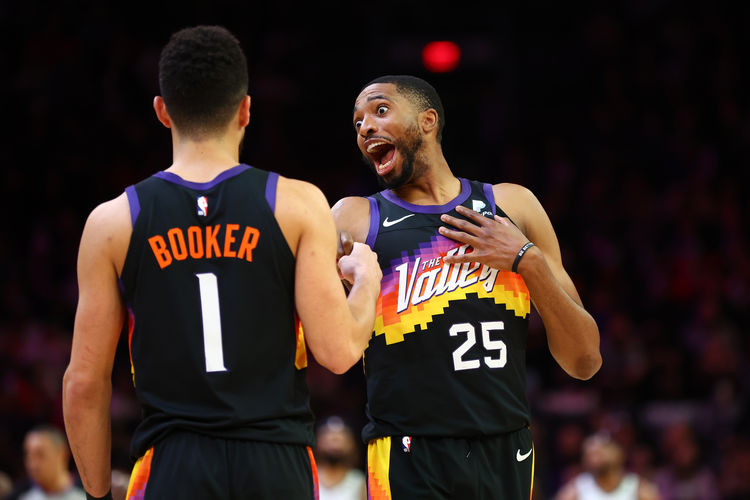 The Phoenix Suns invade the State Farm Arena to take on the Atlanta Hawks on Thursday night.

The Phoenix Suns have been on fire as they’ve won 14 of their past 15 games and they will be looking to build on their 11-game win streak after routing the Nets in a 121-111 home win on Tuesday. Devin Booker led the team with 35 points on 13 of 23 shooting, Mikal Bridges added 27 points on 10 of 14 shooting while Chris Paul tallied 20 points with 14 assists. As a team, the Suns shot a healthy 55 percent from the field and 11 of 31 from the 3-point line as they set the tone with 39 points in the first quarter to take the early lead, before going on a decisive 11-2 run late in the fourth quarter to put the game to bed.

Meanwhile, the Atlanta Hawks have been on a tear as they were riding a seven-game win streak, before getting stopped in their tracks by the Raptors in a 106-100 home loss on Monday. Kevin Huerter led the team with 26 points on nine of 12 shooting, Bogdan Bogdanovic added 18 points off the bench while DeAndre Hunter chipped in with 17 points. As a team, the Hawks shot 45 percent from the field and 12 of 32 from the 3-point line as they looked to be in control after pouring in 33 points in the second quarter to lead by nine points at halftime, but they lost all their momentum in the third quarter where they managed just 15 points to allow the Raptors to run them down. John Collins had a rough game as he finished with just six points on three of 11 shooting, while Delon Wright scored just four points on one of seven shooting.

The Suns will again be without a bunch of players including Cameron Payne, Frank Kaminsky and Landry Shamet, while the Hawks could be without their leader in Trae Young who is listed as game-time decision for this one. The Hawks have really turned over a new leaf during their seven-game win streak, but they’re going to find it tough to hang with the Suns if Young isn’t able to suit up. With that being said, I’m sticking with the Suns who are 17-8-1 ATS in the last 26 meetings overall.