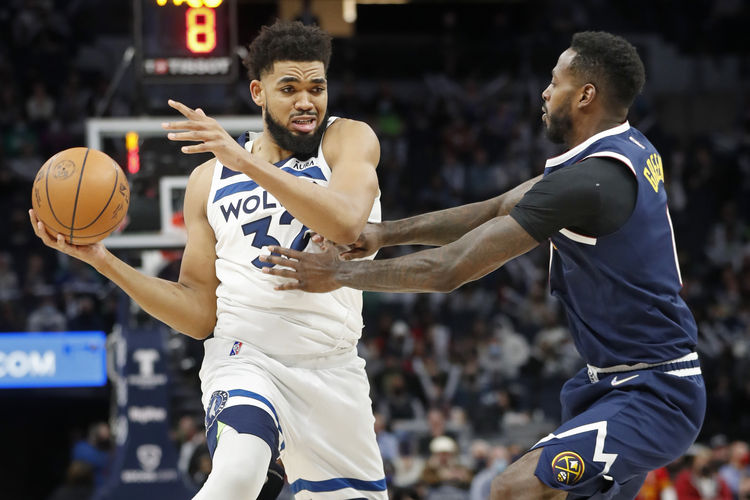 The Minnesota Timberwolves pay a visit to the Detroit Pistons at Little Caesars Arena on Thursday night.

The Minnesota Timberwolves have been in great shape as they’ve won six of their past nine games and they will be aiming for a third straight victory after blowing past the Nuggets in a 130-115 home win on Tuesday. Karl-Anthony Towns led the team with 24 points, 10 rebounds and seven assists on eight of 12 shooting, Taurean Prince added 23 points off the bench while Jarred Vanderbilt chipped in with 18 points and nine rebounds. As a team, the Timberwolves shot 49 percent from the field and 19 of 45 from the 3-point line as they took control of the game in the second quarter where they outscored the Nuggets by 39-23 to take an 18-point lead into halftime, before pushing the margin out to as many as 30 points in the third quarter. The bench really came through in this one as they combined for 68 points with four bench players finishing in double figures.

Meanwhile, the Detroit Pistons have been in a real slump as they’ve lost seven of their past nine games overall and they will be hoping for a better showing after falling to the Pelicans in a 111-101 home loss on Tuesday. Cory Joseph led the team with 18 points on seven of 14 shooting, Jerami Grant added 17 points while Frank Jackson chipped in with 14 points off the bench. As a team, the Pistons shot 48 percent from the field and eight of 32 from the 3-point line as they poured in 65 points in the first half to build an early 15-point lead, but they couldn’t keep it up and went ice-cold in the fourth quarter where they managed just 14 points to allow the Pelicans to run them down. Saddiq Bey had a night to forget as he finished with just seven points on two of 10 shooting in 31 minutes of action.

Head to head, the over is 7-1 in the last eight meetings in Detroit and the Timberwolves are 3-8 ATS in the last 11 meetings overall.

The Timberwolves could be shorthanded once again as D’Angelo Russell, Josh Okogie and Patrick Beverley are all listed as questionable, while the Pistons could be without Josh Jackson and Cade Cunningham who are both listed as questionable. The Timberwolves are coming into this game with plenty of momentum as they’ve been playing some of their best basketball of the season, while the Pistons haven’t been able to get anything going lately and they could be without Cunningham who has been a lone bright spot for them. The Timberwolves are just full of confidence right now and I think they can stay hot with another win and cover here.