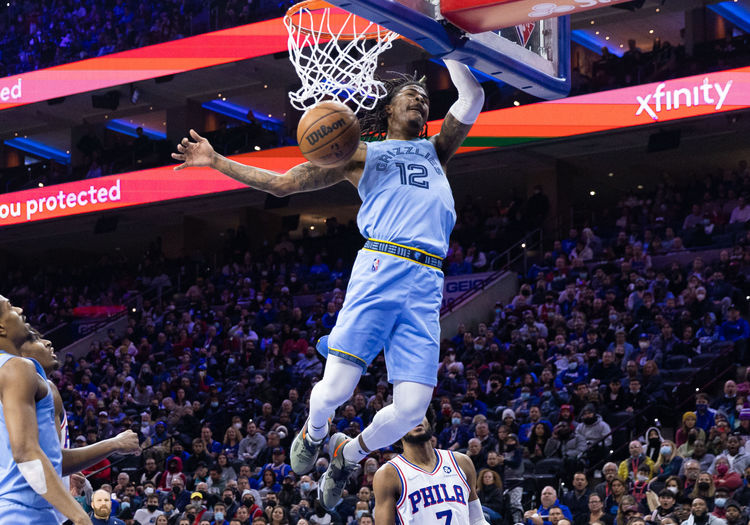 The Memphis Grizzlies have been in great shape as they’ve won four of their past six games, but they will be hoping to bounce back after having their three-game win streak halted by the 76ers in a 122-119 overtime road loss on Monday. Ja Morant led the team with 37 points on 15 of 30 shooting, Desmond Bane added 34 points on 12 of 21 shooting while Jaren Jackson Jr. chipped in with 18 points. As a team, the Grizzlies shot 46 percent from the field and six of 30 from the 3-point line as they clawed their way back from an early 17-point deficit to tie the game at the end of regulation, only to come up short in overtime as the went scoreless in the final 2:46 to allow the 76ers to steal the game late.

Meanwhile, the New York Knicks have been in a real slump lately as they’ve lost six of their past eight games, but they will be eager to build some momentum after routing the Kings in a 116-96 home win on Monday. Alec Burks led the team with 21 points on six of nine shooting off the bench, Evan Fournier added 18 points on seven of 11 shooting while Julius Randle chipped in with 17 points, nine rebounds and four assists. As a team, the Knicks shot 50 percent from the field and 13 of 35 from the 3-point line, but this win was all about their defense as they never looked in danger after restricting the Kings to just 41 points in the first half. RJ Barrett had a forgettable night as he scored just 11 points on four of 14 shooting and one of eight shooting from the 3-point line.

The Grizzlies will again be without Dillon Brooks and Steven Adams is listed as day to day, while the Knicks will again be without Derrick Rose and Luka Samanic who are both out. The Grizzlies were building nicely before coming up painfully short to the 76ers in overtime on Monday, but they’re clearly the team in better form when compared to the Knicks who weren’t able to get anything going until they beat the lowly Kings which isn’t much of an achievement these days. It's a little surprising that the Grizzlies aren't favored by more as they are 14-4 ATS in their last 18 road games, but I'm not going to overthink it. Give me the Grizzlies to stay hot with another win and cover at this short line.