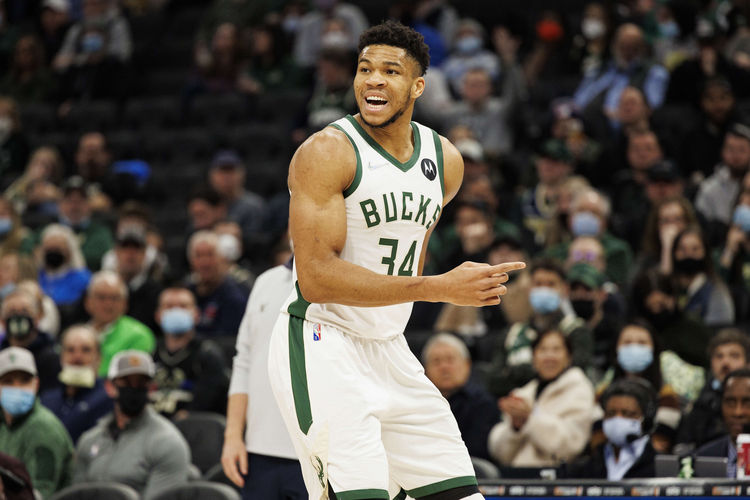 The Washington Wizards invade the Fiserv Forum to do battle with the Milwaukee Bucks on Tuesday night.

The Washington Wizards have been in a major slump as they’ve lost six of their past seven games overall and they will be hoping to put an end to a five-game slide after getting routed by the Grizzlies in a 115-95 road loss on Saturday. Kyle Kuzma led the team with 30 points, eight rebounds and three assists, Kentavious Caldwell-Pope added 15 points while Spencer Dinwiddie chipped in with 10 points, but no other player finished in double figures. As a team, the Wizards shot just 41 percent from the field and 10 of 29 from the 3-point line as they struggled to find their offense and scored just 15 points in the first quarter to fall behind by 22 points at halftime which just left them too much ground to make up. Corey Kispert scored just five points on two of nine shooting while Bradley Beal scored just nine points on two of 11 shooting.

Meanwhile, the Milwaukee Bucks have been in decent shape as they’ve won four of their past six games overall, but they will be hoping to bounce back in this one after getting embarrassed by the Cavaliers in a 136-100 home loss on Sunday. Giannis Antetokounmpo led the team with 29 points and nine rebounds, Jrue Holiday added 14 points with eight assists while Bobby Portis and Grayson Allen each scored 11 points. As a team, the Bucks shot 47 percent from the field and 10 of 30 from the 3-point line as they kept pace with the Nuggets until the second half where they got outscored by a shocking 71-43 as they allowed the Nuggets to shoot a ridiculous 60 percent from the field.

Head to head, the over is 8-1 in the last nine meetings overall.

The Wizards are going to be shorthanded in this one as Bradley Beal will be sidelined at least two weeks due to a sprained left wrist, while the Bucks will be missing George Hill and Brook Lopez once again. The Wizards have really gone cold lately and the loss of Beal certainly won’t help their cause, while the Bucks were on a nice run before getting completely destroyed by the Cavaliers on Sunday. The line might seem a bit hefty, but I think the Bucks will come out firing after getting embarrassed in their last outing.