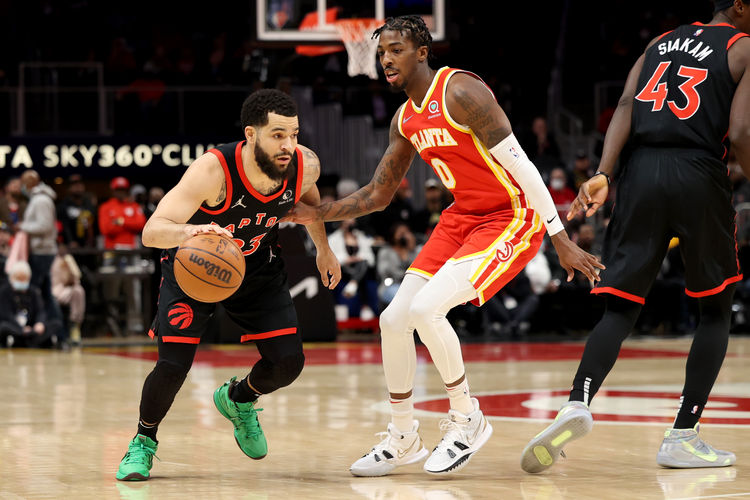 The Miami Heat travel to the Scotiabank Arena to take on the Toronto Raptors on Tuesday night.

The Miami Heat have been in great shape as they’ve won nine of their past 13 games overall, but they will be hoping to avoid a third straight loss after getting blown out by the Celtics in a 122-92 road loss last night. Max Struss drained nine 3-pointers to lead the team with 27 points, Caleb Martin added 14 points while Bam Adebayo tallied 12 points with five rebounds and five assists. As a team, the Heat shot just 39 percent from the field and 17 of 44 from the 3-point line as they got off to a terrible start and managed just 14 points in the first quarter to fall behind by double-digits early and things only got worse in the second half where the Celtics exploded for 68 points to make it a complete blowout. Tyler Herro finished with just 13 points on five of 18 shooting while Duncan Robinson scored just six points on two of eight shooting.

Meanwhile, the Toronto Raptors have been in decent form as they’ve won four of their past six games and they will be aiming for a third straight victory after sneaking past the Hawks in a 106-100 road win last night. Gary Trent Jr. led the team with 31 points on 10 of 22 shooting, Pascal Siakam added 25 points on nine of 17 shooting while Fred VanVleet chipped in with 16 points and 11 assists. As a team, the Raptors shot just 42 percent from the field and 18 of 36 from the 3-point line as they struggled in the first half and trailed by 11 points, before taking over in the third quarter where they held the Hawks to just 15 points before pulling away in the fourth quarter to escape with the narrow win.

The Heat really struggled last night as the injuries really started to pile up and they could be missing a bunch of players again after seven players sat out last night. In contrast, the Raptors are just about at full strength which will be a major advantage as it was against the Heat on Saturday where they won in a triple-overtime thriller. I’d take the Heat if they had more players available, but as it stands, I’m sticking with the Raptors to get the narrow win and cover at home.