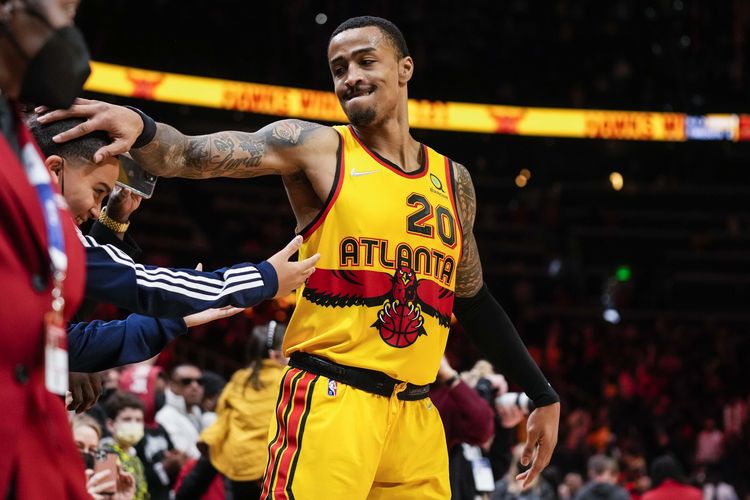 The Atlanta Hawks play host to the Toronto Raptors at the State Farm Arena on Monday night.

The Toronto Raptors have been in decent shape as they’ve won 10 of their past 16 games overall and they will be looking to stay hot after outlasting the Heat in a 124-120 triple overtime road win on Saturday. Gary Trent Jr. led the team in scoring with 33 points and five steals, Scottie Barnes added 22 points, Pascal Siakam scored 21 points with 13 rebounds, six assists, four steals and four blocks while OG Anunoby tallied 20 points with 14 rebounds and six assists. As a team, the Raptors shot 43 percent from the field and 16 of 45 from the 3-point line as they went back and forth with the Heat in a tight contest, until VanVleet drained two key 3-pointers in the third overtime to give the Raptors the hard-fought victory.

Meanwhile, the Atlanta Hawks have been on a tear lately and they will be eager to build on their current seven-game win streak after taking down the Lakers in a 129-121 home win last night. Trae Young led the team with 36 points and 12 assists, John Collins added 20 points with 11 rebounds on 10 of 13 shooting, while Clint Capela chipped in with 15 points and nine rebounds. As a team, the Hawks shot a sizzling 58 percent from the field and 10 of 31 from the 3-point line as they struggled to get going and trailed for most of the game after allowing 38 points in the second quarter, before coming alive in the fourth quarter where they outscored the Lakers by 38-20 to win comfortably in the end.

The Raptors have finally started to pick up steam over the past couple of weeks and they would’ve taken plenty of confidence from their dramatic triple-overtime win over the Heat on Saturday. The Hawks struggled at the start of the season, but they’re finally in a groove now as they are aiming for a season-high eighth straight victory. It’s hard to split these two teams at the moment, but the Hawks are 5-0 ATS in their last five home games, so I’m taking them at the short line in this spot.