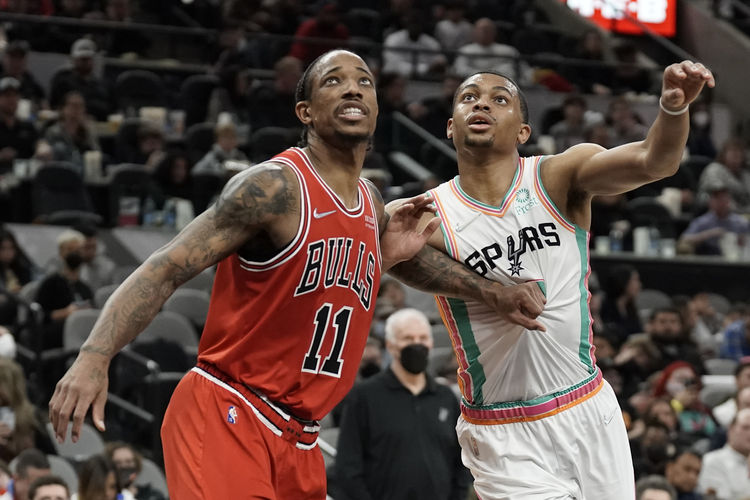 The Chicago Bulls play host to the Portland Trail Blazers at the Moda Center on Sunday afternoon.

The Portland Trail Blazers have been in great form as they’ve won seven of their past 11 games overall and they will be looking to stay hot after routing the Rockets in a 125-110 road win on Friday. Anfernee Simons led the team with 27 points and six assists, CJ McCollum added 26 points with five assists while Jusuf Nurkic chipped in with 25 points and 13 rebounds. As a team, the Trail Blazers shot a healthy 56 percent from the field and 17 of 39 from the 3-point line as they jumped all over the Rockets right from the start and pouring in 66 points in the first half to lead by as 18 points, before pouring in another 34 points in the fourth quarter to make it a blowout after the Rockets rallied to within four points.

Meanwhile, the Chicago Bulls have been in a real funk lately as they’ve lost seven of their past 10 games overall and they will be hoping to bounce back after getting stopped by the Spurs in a 131-122 road loss on Friday. DeMar DeRozan led the team with 32 points and eight assists on 13 of 22 shooting, Zach LaVine added 30 points while Nikola Vucevic and Coby White each scored 18 points. As a team, the Bulls shot 52 percent from the field and eight of 30 from the 3-point line as they squandered an early 10-point lead after exploding for 35 points in the first quarter, before seeing their hard work go to waste in the third quarter where the Spurs used a pivotal 17-4 run to rally past them.

The Trail Blazers will again be without Nassir Little and Larry Nance Jr. while Dennis Smith Jr. is listed as day to day. The Bulls are also missing a bunch of players in Derrick Jones Jr, Lonzo Ball and Alex Caruso. Injuries have hit both teams hard, but the Bulls have been doing it tougher compared to the Trail Blazers who have gone on a nice run ever since Damian Lillard went down. I like the Bulls to snap out of their funk with a much-needed win, but the Trail Blazers have been punching above their weight lately and I think they can hang around long enough to get the cover in this spot.